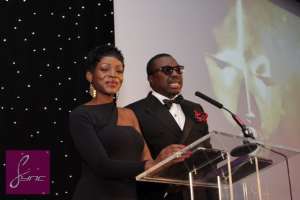 London was agog yesterday as some Nigerian stars stormed the ancient city for the Screen Nation Film and Television Awards, also known as the black BAFTAS. The event was held at the Park Plaza, Riverbank London.