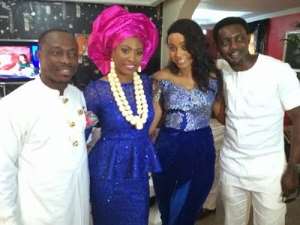 Julius Agwu whose wife gave birth to a baby boy, Zadok Chibuike Julius Agwu, in 2013 has taken his boy to church, it was a star studded celebration that had the Rivers State Governor, Rotimi Amaechi and lots of friends and relatives coming to celebrate with him. The name of the boy can be found in the bible as a son of a priest.

'Captain Smart arrest is intolerance, he did no wrong' – Med...
15 minutes ago