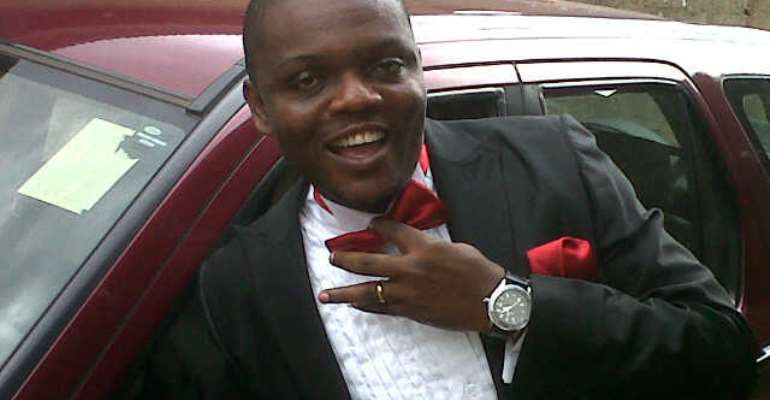 For many radio addicts in Nigeria especially Lagos radio stations, the name MC Ice Water sends shivers down the spine. The graduate of Mass Communication from Olabisi Onabanjo University, Ago-Iwoye, Ogun State has gradually become a toast of the radio profession and the comedy world where he is a hot cake.

His radio programmes on Traffic Radio 96.1 FM and Eko 89.7 FM, where he gives out juicy prizes courtesy Nollywoodgists.com, has become a success and a toast of radio lovers.

A Voice-Over-Actor, MC Ice Water, who was born Micah Chibike Aruocha, also works with Rainbow FM 94.1. He is also a Publicist/e-Consultant.

The award-winning entertainer (his latest being 'The Most Outstanding Comic-Radio presenter 2012) is an inter-continental entertainer with a taste for enjoyment and razzmatazz. He comic character is second to none.

He has successfully hosted many corporate and social events. As an astute person, MC Ice Water is becoming a brand to reckon with in the industry (having paid his dues).

His clientelle over the years include but not limited to these blue chip companies; Afri Bank, Zain (Even as Celtel), NYSC, National University Commission (NUC)Indomie noodles, Federal Governmnet of Nigeria through their agencies, FCMB, etc.

A Native of Umuahia South Local Government Area of Abia State. MC Ice Water hails from a family of naturally endowed humourist who are filled with spur-of-the-moment activities.

The GPG Show on Rainbow FM on Sundays from 2pm-3pm.