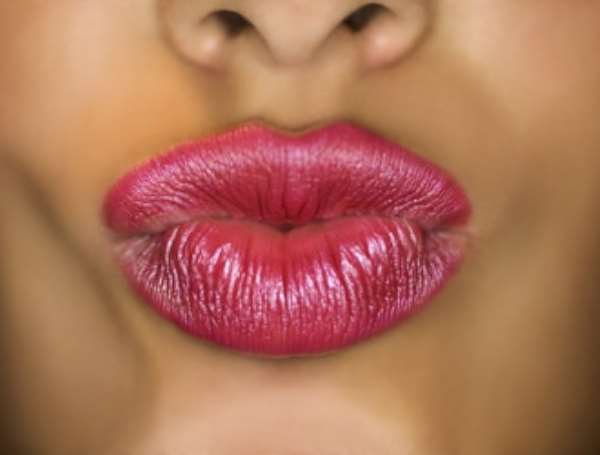 Recently, studies have revealed that most Nigerian men do not enjoy sex with their wives. One out of every 3 marriages struggles with the problem of differing sex drives. And these had led to some of the major break ups in homes these days. Often the loss of sexual pleasure and intimacy results in depression, suspicion, anger, resentment, infidelity and divorce. Although it is clear that this issue is rarely one-sided, it is nevertheless surprising to many that it is often the man who puts the brakes on sexuality and the finger get pointed at the woman. In this report, BOLA AKINBOADE presents some of the reasons most Nigerian men don't enjoy sex with their wives e as the level of intimacy between them also suddenly becomes cold.

Sexual incompatibility which leads to sexual disharmony and dissatisfaction is the major reason of break up in most marriages. Partners have different attitudes to sex. Your attitude towards sex depends on many factors, the major ones is upbringing and religion. If a girl was taught that sex is something dirty and shameful, than she is very unlikely to feel free and to be open to adventures. Most women refuse oral sex and consider it to be very dirty while men have quite the contrary opinion on this matter. In this situation both partners feel unhappy and sooner or later such a couple starts to experience problems, if unsolved, may lead to cheating or break up. Also if there is a discrepancy in the wife's reproductive organ, such as tight vagina, this couple are likely to face some problems and this kind of sexual incompatibility can be very rarely resolved. Other factors that may also sexual incompatibility include; differences in the frequencies of sexual desire, different sexual appetite, and others. Most men seem to have a stronger sexual urge than their wives which they find difficult to meet up most of the time.

For some couples struggling with their relationship, a man may want more sex, while a woman feels their relationship doesn't have enough.
It is hard to expect sexual harmony if the husband wants sex 5 times a week, while the wife thinks that once time is enough. They simply have different sex drives. A woman's sex drive differs from a man's .A man's sex drive is not so easily turned off. He has been hardwired to think about sex and want sex and, very rarely will a man find himself too tired or too stressed out to have sex. While the woman sex drive diminishes as she has to battle some of the marital issues. There are many things that can easily result in a loss of libido in women. Pregnancy, a hard day at work, the responsibilities of taking care of a home and family, hormonal fluctuation, depression, stress, less help and attention from her husband which was not this bad when they first got married.

One of the reasons some men give for not enjoying sex with their wives is the fact that she is not sexually adventurous enough. For most couples, the extreme passion and desire of new style of love quickly subsides. During those first few months of lovemaking, everyone's adventurous to varying degrees of personal comfort level, because everyone's really on an adventure. It's all exciting, and it's all new. But in some couple of years, they passion begin to wane and the thrill is gone. Some women suddenly becomes uptight and all the effort by the husband to ignite back the fire seems unproductive.

Another reason why some men don't enjoy sex with their wives is boredom. Their sexual life at a point becomes monotonous, same place, same station, same way every time. Men like variety, and when a couple get stuck in a routine, the man is the first one to get dissatisfied with it. What was exciting once upon a time now seems dull. Some men may not be having sex with their wives because sex simply isn't worth the effort. They'd rather watch television.

Anger and resentment is another reason some men not only enjoy having sex with their wives.Oftentimes, the anger remains unexpressed. This silent seething has the effect of Novocaine numbing many of the senses, including sexual desire.Many husbands get fed up with a nagging wife at home. And since the wife has become an annoying bully; he shuts down completely and withholds the only thing he thinks might hurt her.

Depression is another reason why some men don't enjoy sex with their wife. Many times, the man may not even be aware that he is depressed over the stressful things in life-economic stress, career stres, not achieving things he wants and others. He is not aware that he has responded to the stress with anger, and the anger has moved into depression. He is not enthusiastic about having sex at all. Compounding the problem, some of the more common antidepressants can cause loss of libido or inability to perform sexually.A report says that antidepressants can have another negative effect on a relationship: it diminishes interest in connecting emotionally with a partner.

SHE GAINS A LOT OF WEIGHT AND BECOMES LESS ATTRACTIVE

Another reason men stop desiring their wives is because they no longer find them physically attractive, or suddenly gained so much weight. Many women do not take care of themselves. They go out of shape and lose out on their figure. At home, they do not take care of their appearances or dress up properly. Naturally, a man becomes fed up with his wife and found her attractive any longer. Men are visual, so excessive weight gain may indeed pose a problem for them. And since Obesity also diminishes libido, an over weight wife may not be as responsive as her partner.

Trying out something new is often a reason given by the husband for indulging in an extra-marital affair. He often feels he needs a change of taste and would like to spend time with someone who is “different” and perhaps “more exciting”. At times, the wife could also be responsible for the situation. A wife paying too much attention to children and household chores often forces a man to go in for relationships outside marriage. He feels neglected. He wants more attention and since he is not getting it at home he prefers to get it from an outsider. And even though he doesn't have any desire to leave his wife, sometimes the man feel guilty of this act which limits the full expression of his love and desire for his wife. And when he is getting so much fun and varieties from outside, it will be difficult to enjoy the boring and monotonous one from his wife which no longer gets him aroused.