Even After 2 Kids, I Still Desire Marriage -Abiodun Okeowo 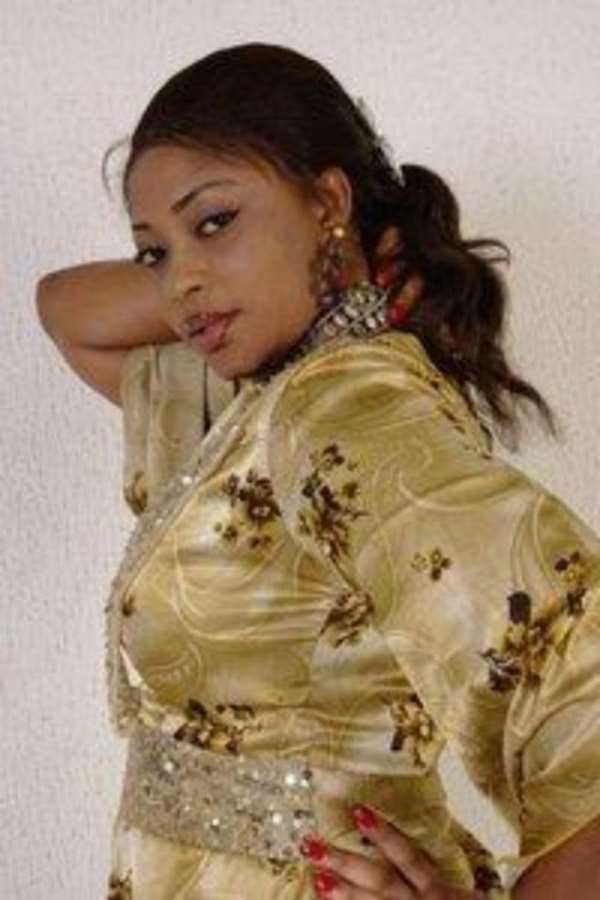 Abiodun Okeowo is one of the new faces in Nollywood and the Communication Arts graduate of the Lagos State University of Lagos, has begun to make impression in the movie industry. She spoke on this and many more with ADUNOLA FASUYI. Excerpts:

What are the things you think shot you into limelight?
The kind of role that I played in Tolani Osinrin, my first Yoruba flick, where I played the role of a prostitute and an armed robber, actually shot me into limelight. That was my first appearance in a dual role.

How have you been able to manage stardom?
With God, all things are possible; the God that I serve has helped to manage stardom for me. Don't be deceived, no man can claim to be infallible, but I try as much as possible to pray for guidance that will lead me through and God in His infinite mercies has never, for once, let me down. I try not to let it get into my head, I am just my normal self.

Where did you grow up?
I grew up in Lagos. I was born and brought up in Lagos State. My mum told me she delivered me at the Island Maternity, Lagos.

Counting one, two, three, where would you place yourself in the cadre of hot female actresses in Nigeria?
I can't place my worth, because a Yoruba adage goes thus, 'Ijo ti eniyan ba ti mo iyi ara e lo n te' 'a man or woman who knows how much he or she is worth, is worth nothing from that moment'. So, telling you I am number one or 10 is not the issue, but how much impact I am making to affect my generation. I think that's what matters to me.

Aside the challenges you face on a regular basis on the job, what other challenges do you face?
Nothing is so heart-shattering or dispirited like that of piracy. The challenge of piracy is terrible and heart-rendering to the extent that we, movie producers, are afraid to channel our resources into the system. Imagine what the menace of piracy has done to the likes of Baba Sala and other prominent movie makers. It's really sad and government and other agencies need to come to our rescue so as to protect the future of Nollywood in Nigeria.

What's your take on marriage?
Marriage is not a bed of roses, at the same time, it's not a forest of thorns. So, a woman should be married. Besides, God, from the beginning of the creation of heaven and earth, joined a man and a woman together, so there is need for a man and a woman to come together and form an alliance.

Are you seeing anyone at the moment?
Yes, but I can't disclose his identity. He's a gentleman to the core and won't want his name to be dragged into my career.

How do you ward off advances then?
I am always very polite to people. To some stubborn ones, I try to make them reason with me that a man doesn't have to go this far in wooing a woman, if she wants to give in, you won't need to stress yourself too much. This is the magic wand I use and it has been so helpful.

Out of those things written about you, which ones are really not true, and which ones hit you on the wrong side?
The story about myself and a US-based promoter, popularly called Genesis Promotions, in the person of Demola Oyefeso. This is a man I've never seen or met in my entire life or spoken with, one-on-one. I felt very bad, because the writer of the false story did not bother to confirm from me before going to press with such an image-damaging story.

Well, it's over now because the publisher of the magazine carried a retraction afterwards. One thing I want to make clear here is that we both need each other to get there.

How do you feel when you read all these negative reports about yourself?
How do you expect me to feel? How would you feel if a nasty and untrue story is written about you?
I am sure you will feel so bad. So, it's human to feel that way but there is nothing I can do about it, since it's already published. Like I said before, the publisher instructed the writer to carry a retraction in the following edition.

How would you compare when you started out and now that you're a 'known person'?
When I used to be a free person. I used to go anywhere I wanted to go, eat whatever I would like to eat and buy anything I wanted for myself at anywhere I like to buy them.

But now, I can't do all that anymore, I am now a public figure. Even if I said I wanted to do them, you press is on the look out for a slip. So, you can see that it has taken my privacy, not that I am not enjoying the status the job has bestowed on me, notwithstanding, there is always a time one would want to be just free.

What has changed in your lifestyle since you started out?
I'm no longer a free person. I can't do anything my own way now; I have to be mindful that I am a public figure. This is the only thing that has changed about me.

What is your most challenging film?
Aso Tuntun by Lasun Ray. I had to run like a thief. Till date, that movie remains the most challenging, because every act I displayed there was too real. I ran like never before. But thank God that a lot of people praised my character in that movie. Words of encouragement like these are like fuel in an engine for me, it makes me want to do more. I thank all my fans for their support.

How was the experience of your first kiss?
I was in year one at LASU, at 21. I had it with my boyfriend and I got deflowered same year. It was a sweet experience.

How would you describe your background?
I'm from a humble background, where the right values were instilled in us. We were born to respect elders and trust in God. We never lacked any good things of life, though I was not born with a silverspoon.

How did you choose this career?
This is the thing God wants me to do. Right from my childhood, I have had passion for acting and when I became an adult, it didn't take me much time to accept it. That's what God wants me to do for a living.

What would you personally consider your major achievements in life?
My kids and my name. These are the two things I cherished and protect passionately.

You've got two kids?
Yes. I have two kids, the first is 10 and the last one is seven.

Are you married to their dad?
No, we were never married.

What happened?
It never worked out; it's as simple as that. And please don't probe further.

Aside acting, what other talents do you display?
I sing and I dance.

What are your regrets in life?
No regrets. I always give thanks to my God for my life. If I had any regret over all the things God has done for me, then, I am an ingrate.

What would you have become if you had not been an actress?
Interestingly, I would have become a journalist like you. But fate has a way of playing on us. At least you know I studied Communication Arts at the Lagos State University.

What would you not be caught doing?
I can't ever indulge in any nefarious acts, like sleeping with my friend's man.

How do you cope with pressure from your numerous admirers?
I turned them down politely.

What was the dirtiest thing you have ever done before?
I can't remember, but I'm not a saint anyway.