The Gunmen Came For Me.Daddy Showkey 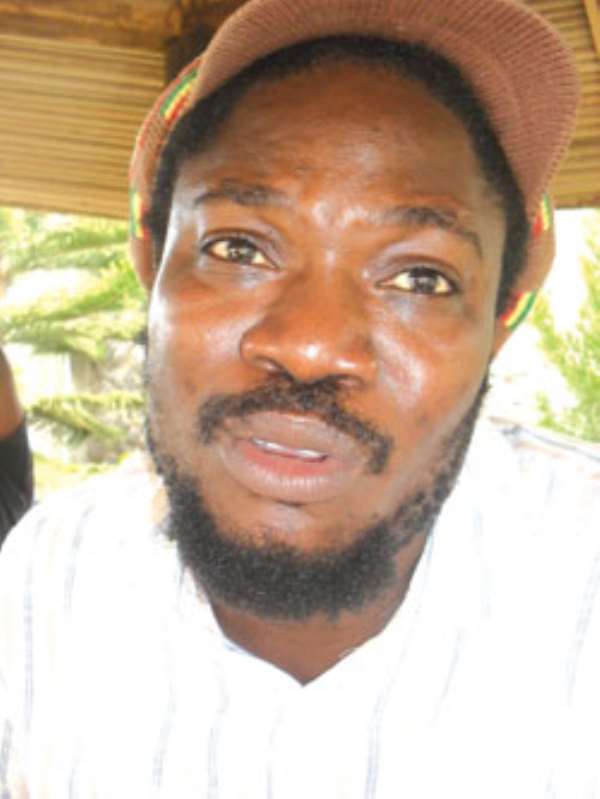 The Ojodu home of Ajegunle soldier, John Asieno a.k.a. Daddy Showkey was stormed by a five-man gang that killed one of his aides early in the week.

The musician spoke about the tragic incident and other issues in this interview.

Showkey, we learnt that there was shooting in your house on Tuesday, how did it happen?

Well, I returned from a trip and I learnt that some gunmen came to my house and shot one of my aides named Wale Suraj.

Was it a case of armed robbery or that of assassination?

As a musician that supported politicians, will you say the attack was politically motivated?

Is it the first time such a thing will occur?

I have been getting or receiving death threats from strange callers and have informed some people about it, but I did not know that they would go to this extent by coming to my house with guns. If I was home, it would have been disastrous.

Who were those people?

I don't know, what I can remember is that the threat calls became persistent during the elections.

Why did you go into politics?

As a good citizen, I have to support good governance and the the reason I am supporting ACN in Lagos State and other governors that are doing fine.

Do you do any other business apart from music?

Music is my business, but I do other legitimate businesses.

Don't worry about that, we have not publicised other businesses gunmen came, if they know all, they will bring bombs, so let's leave that for now.

Are you planning to beef up security around you?

First of all, I have informed the police and the matter is being investigated. I will also inform the State Security Service about this. I have said this earlier, but nobody took me seriously. I have to even informed the Commissioner of Police, Lagos State, because my life is in danger as I am yet to place where the gunmen came from. We may say they are robbers and could be wrong. Right now, I am going to relocate my family with immediate effect.

Why is a strong Showkey jittery?

I may be strong but my family members are not as strong as I am and if they can't get me, they could go for them like they did to Wale. I don't want any casualty again, also I don't want to go to Ajegunle and inform the boys as it will be worse. So, I want to operate according to the law.

If the appropriate authority fails to do anything before I die, well too bad, but I know that I won't die.

Your car was burnt during Fashola's campaign in Ibeju-Lekki and now gunmen, is there any link between the two?

I can't say, right now, I am confused because a human being was killed in my house.

You built a multi-million naira mansion and live big, how did you come about the money?

It is my sweat, I have suffered enough, so I must live big and all my businesses are legitimate. If I start saying things now, you will pity me, people are jealous of me and for some time now, I have not been active on stage because of the accident I had three years ago which affected my spinal cord. I have been hearing lots of things, even in my neighbourhood, Ajegunle, because the money was not flowing like before.

So you have abandoned music because of the accident?

No, I have not abandoned music, it is a gift I got from God. Right now, I am trying to build an empire, a business empire which music will be part of. People depend on me and I have to set them up, but right now, I am broke because I have not been active musically for some time now. I thank God I am okay now after the operation, but I still have to go for medical checkup.

Which area did it affect?

It only affected my dance steps because I was down for three years and when I came back from my trip, I had to go back to my state, Delta. I still have to go back again, anyway, for another checkup although I am now okay.

Are things working as you think they should in Lagos?

Yes, things are working and Fashola is working in Lagos too. Like what happened to me, anybody could have been shot, because when the guys came, they were asking for me. Well, God dey.

Are you working on an album?

Of course, yes, because it is exactly four years that I released Take Five.

How much have you spent on the operation so far?

Now that you are certified okay, are you still going to perform more?

I will still perform, but people enjoy me the more this time around.

How much did you spend on this building?

That is personal, I don't want to talk about it. In fact, I have been building this house silently and did not know how it leaked to the press, maybe that is why people are after me, my talent is more than the house. We should hide ourselves in this kind of society.

Looking back from the time of Pretty Busy Boys and to date, how will you rate yourself?

I will say I am just lucky.