EXCLUSIVE:JIM IYKE ARRESTED IN ABUJA, FORCED TO REMOVE TINTED GLASSES OF HIS CAR 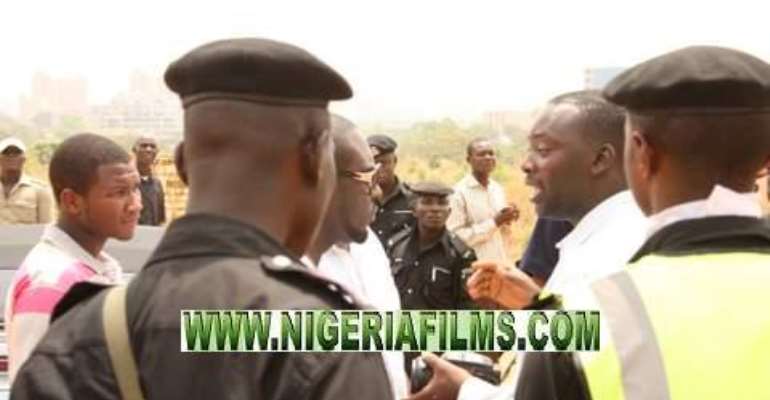 Nollywood Star actor , James Ikechukwu Asomugha popularly known as Jim lyke was arrested and ordered out of his car for going against laid down rules. The actor whic was driving an automobile with tinted Glasses was accosted by men of the Nigerian Police and Federal Road Safety Corps. The law enforcement agents said he failed to comply with the Nigerian Government rule that those with tinted Glasses in Cars should remove them by February 28 2011 across the Country.

Obviously embarrassed by the whole development, Jim Iyke has no choice than to let the law enforcement agents have their way unlike in films where he would have had his way.

Jim Iyke is one of Nigeria's most popular faces in movies. He is known to have played several gangster roles in movies.Jim Iyke's profile is also on the increase as far as the most fashionable male nollywood star is concerned. Well travelled and connected, Jim Iyke is also a ladies man any day.In the past, the media has linked him to Steph Nora Okere and Rita Dominic and several others. 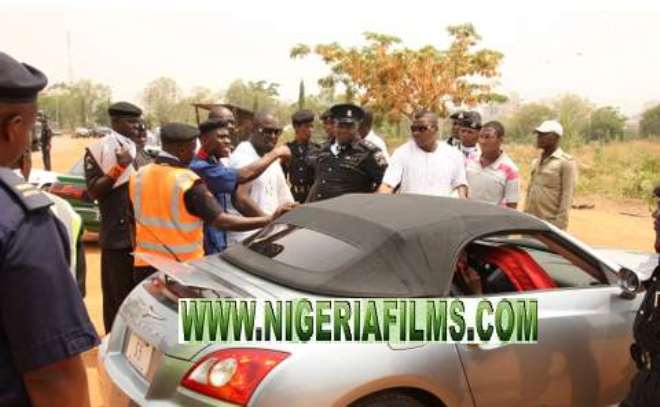 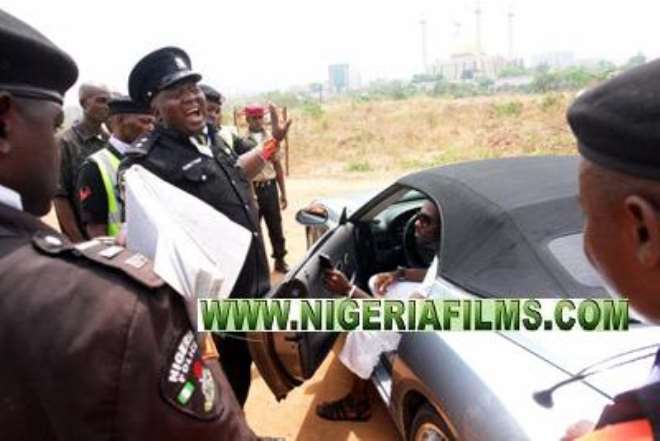