Dr Wampah - First Deputy Governor Of The Bank Of Ghana 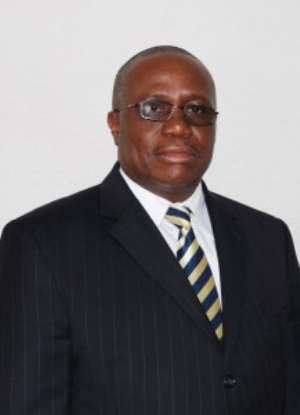 Dr Henry Akpenamawu Kofi Wampah has taken office as the First Deputy Governor of the Bank of Ghana following his appointment by His Excellency the President, Professor John Evan Atta Mills.

Prior to his appointment, Dr. H. A. K. Wampah was the Director of the Research and Statistics Department of the West African Monetary Institute (WAMI), responsible for the overall supervision and coordination of the work programme of the Department. He supervised the planning and implementation of the Macroeconomic Convergence monitoring programme of the West African Monetary Zone (WAMZ), and was extensively involved in preparing the five member countries of the zone (The Gambia, Ghana, Guinea, Nigeria and Sierra Leone) for monetary union, in the areas of macroeconomic convergence and policy harmonization (monetary policy, statistics, fiscal policy and exchange rate management).

Whilst still with the Bank of Ghana, Dr. Wampah worked at the International Monetary Fund, Washington, DC as a Special Appointee from May to December 1998, with the Monetary Operations Division of the Monetary and Exchange Affairs Department and the Africa Department. He participated in the Technical Assistance Mission on Monetary Operations and Banking Soundness to the Gambia, and also worked on a project on economic integration in East Africa.

Dr. Wampah has a background in teaching, having held various teaching appointments with McGill University, Montreal, Canada and the Institute of Statistical, Social and Economic Research (ISSER) of the University of Ghana, Legon in the areas of economic statistics and mathematics.

He has participated in many international conferences and seminars and has authored a number of publications and working papers.

Dr Wampah obtained a B.A. (Hons) Economics and Statistics degree in 1977 from University of Ghana, Legon, and both a Masters' degree (1983) and a Ph.D (1986) in Economics with specializations in econometrics and public finance from McGill University. He had his secondary education at Hohoe E. P. Secondary School (GCE 'O' Level) and Konongo-Odumase Secondary School (GCE 'A' Level).