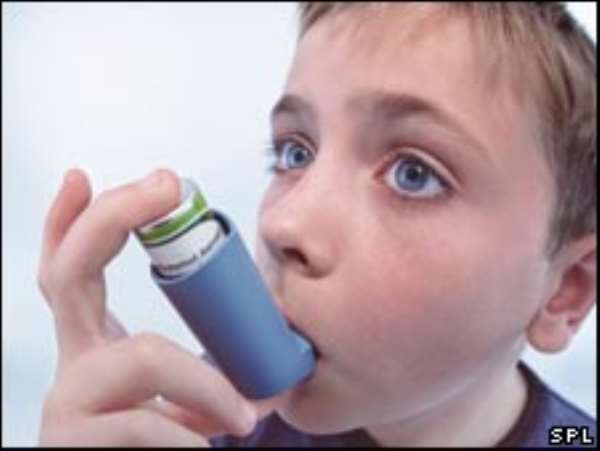 Children born after fertility treatments, such as IVF, may have a slightly higher chance of developing asthma, research suggests.

In a study of more than 13,000 UK children, five-years-olds were about twice as likely to have asthma if they were not conceived naturally.

The children were also more likely to need medication, which could be an indication of more severe asthma.

The findings were published in the journal Human Reproduction.

The researchers, at the Universities of Oxford and Essex, analysed data from children born between 2000 and 2002.

Researcher Dr Claire Carson said 15% of all the children in the study had had asthma at the age of five, but this proportion had risen to 24% among the 104 of them born through assisted-reproduction technologies.

She said it was interesting that the pattern had emerged, but far too soon to say if IVF treatment resulted in higher rates of asthma. Other explanations, such as genetics, may explain the association.

Dr Carson told the BBC that parents should not be put off IVF.

"Assisted reproduction technologies offer a chance to become a parent when there isn't another option," she said.

"For the majority of children asthma is quite manageable."

Malayka Rahman, from the charity Asthma UK, said: "This study suggests that there might be an association between IVF treatment and asthma developing in children, but the sample size for this study is small and currently the research in this area generally is not conclusive.

"Those considering IVF should speak to their GP about the benefits and health risks in order to make an informed decision."