The Girl in the Converse Shoes: A novel 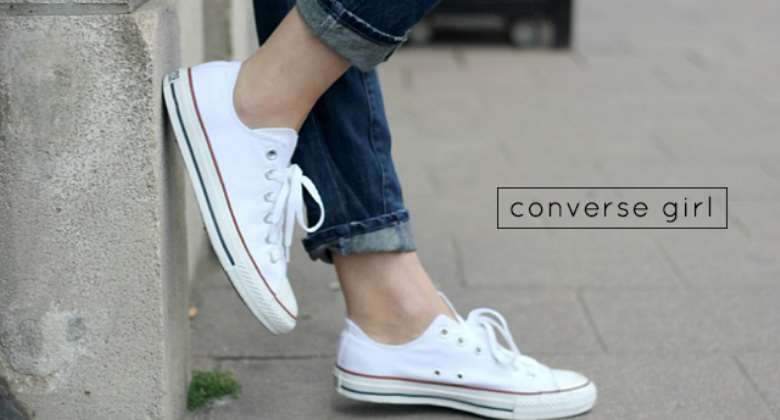 Miles had refused to go to the party a hundred times. He was already teased and humiliated in school–he didn’t want to make it an extra-curricular activity. Still, his only two friends had managed to get him out of the house that night. Now he stood in the crowded living room, nursing a warm cherry cola and looking around. His friends had ditched him as soon as they had crossed the threshold of the front door. Now he was alone in a sea of people.

“Why aren’t you wearing a costume?” a girl who bumped into him asked. “He is! He’s dressed as a geek!” her boyfriend answered, laughing hysterically as if it was the funniest thing in the world. A few more people joined in the laughter. Miles didn’t care. He was used to it. Actually, he was bored of it.

People who picked on him were like skipping CD’s repeating the same geek jokes over and over. He walked away, checking out everyone’s costume as he headed toward the back porch. He realized he was literally the only one who didn’t dress up. He’d been dragged out of the house in such short notice that he didn’t bother. Besides, he was a sophomore–surely too old to dress up for Halloween.

The October air felt comfortably cool as he stepped out onto the back porch. The dim light fell on a couple making out in a dark corner and a few people chatting on a raggedy old couch. Miles took off his dark-rimmed glasses to wipe off the moisture that fogged his glasses with the change of air. “Miles!” he heard a giddy female voice approach. He turned to see the blurry figure of a girl. As far as he could see, she had blonde hair and a puffy ballerina skirt. He tried to make her out when she was near him, but it was no use.

“I’ve always had a crush on you”, the blurry girl declared and kissed him softly on the lips. “See you at school”, she said before she turned and ran. Miles scrambled to put his glasses back on quickly. He only caught a glimpse of her flowing blonde hair and bright pink Converse sneakers before she disappeared around a corner. He stayed up all night trying to figure out who the mysterious girl was. There were simply too many blonde girls at his school. It would be impossible to figure out just from that. The only other clue he had to go on was the bright pink Converse shoes.

Miles usually walked with his eyes to the ground, and this morning he had a mission. He looked at everyone’s shoes in the hallways, in the cafeteria, in the classrooms… He searched, his eyes darting from shoe to shoe, so much so that by fifth period he had a huge headache, as if all those shoes had each kicked him in the head.

The same thing went on for two more days, and for two more days he found nothing but a headache. He had made sure to check every blonde girl in the school to see if they had the pink Converse shoes, and he found nothing. By Thursday, he had given up all hope and dismissed the whole thing as a joke. He was picked on all the time, so he decided to store the incident in the “prank” folder and just forget about it. The kiss was sweet, he had enjoyed it, so the joke was on them- he thought.

Friday rolled around and he actually felt glad not to spend his whole day in a frantic shoe-search. He sat on his desk with a sigh, feeling relieved of his daunting chore. “Hi, Miles”, said a girl’s voice from behind him. It was Julie, the cute redheaded girl with the big green eyes that sat behind him in homeroom.

“Could you pass this to Claire for me? She’s mad that I kept her silly costume for a week too long.”

“Sure.” She handed him a paper bag full of pink fluffy clothes and what looked like a

Miles looked down at her shoes–bright pink Converse sneakers. He looked up at her, who was flashing a gorgeous smile.

“Took you long enough”, she whispered.

More Lifestyle
ModernGhana Links
5 habits you should stop in 2022
Happy New Year, ma wo ho to wo ( be satisfied)
School Reopening – What Can We Expect?
Meet Michael and Abena Richardson of ‘Destination Africa’ via Ghana
October Is Breast Cancer Awareness Month
Taking up Exercise or Sports Immediately after Covid Recovery can be Dangerous for Health
Post-Covid fatigue - Simple ways to deal with it
What is life?
Overhydration – What are the risks and why you must avoid it?
TOP STORIES