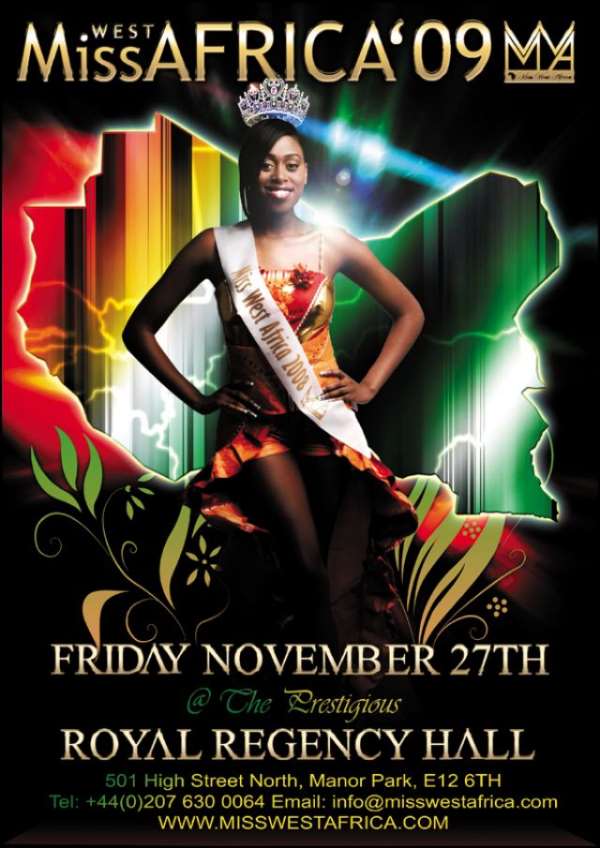 After the tremendous success of Miss West Africa 2008, Amina Kamara and the Miss West Africa team have returned organising Miss West Africa 2009, and it is destined to be much bigger. There has been an intense level of voting with over 10,000 participants and with tickets almost sold out already there is no doubt about the rising tension and competition amongst the pageants which can be seen on the official website. Last year, Amina Kamara, who became the first ever Miss West Africa, won a title of which she never imagined the magnitude and responsibility that came with being the beauty, the face and the personality to represent the Western region of Africa. To achieve this Amina Kamara had to put down her Sierra Leone patriotism and magnify her image as a West African and a unifying figure amongst all West African countries and cultures. Amina toured West Africa participating in charitable work as well as broadening herself to various cultures. She is currently the most popular black beauty pageant to emerge out of the UK.

The 2009 pageants who recently engaged in a vigorous struggle for votes are now being groomed for the event on 27th November. Miss West Africa 2009 will be hosted by award winning comedian, Eddie Kadi, with performances from UK Ivory Coast dance group C'MAD. The event will be support Yvette Gates, a young Gambian child in need of bone morrow donors. MWA 2009 will have participants from Ghana, Nigeria, Benin, Guinea Bissau, Sierra Leone and more. This is your chance to come out and support the strongest contender. All 2009 pageants can be viewed on the official website at www.misswestafrica.com.