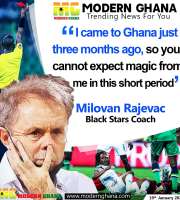 By West African standards, Ghana has a diverse and rich resource base. The country is mainly agricultural, however, with a majority of its workers engaged in farming. Cash crops consist primarily of cocoa and cocoa products, which typically provide about two-thirds of export revenue, timber products, coconuts and other palm products, shea nuts (which produce an edible fat), and coffee. Ghana also has established a successful program of nontraditional agricultural products for export including pineapples, cashews, and pepper. Cassava, yams, plantains, corn, rice, peanuts, millet, and sorghum are the basic foodstuffs. Fish, poultry, and meat also are important dietary staples.

Economic Development
At independence, Ghana had a substantial physical and social infrastructure and $481 million in foreign reserves. The Nkrumah government further developed the infrastructure and made important public investments in the industrial sector. With assistance from the United States, the World Bank, and the United Kingdom, construction of the Akosombo Dam was completed on the Volta River in 1966. Two U.S. companies built Valco, Africa's largest aluminum smelter, to use power generated at the dam. Aluminum exports from Valco used to be a major source of foreign exchange for Ghana. The plant, which has been closed for production since May 2003, was sold to the government of Ghana in October 2004.

Many Nkrumah-era investments were monumental public works projects and poorly conceived, badly managed agricultural and industrial schemes. With cocoa prices falling and the country's foreign exchange reserves fast disappearing, the government resorted to supplier credits to finance many projects. By the mid-1960s, Ghana's reserves were gone, and the country could not meet repayment schedules. The National Liberation Council responded by abandoning unprofitable projects and selling some inefficient state-owned enterprises to private investors. On three occasions, Ghana's creditors agreed to reschedule repayments due on Nkrumah-era supplier credits. Led by the United States, foreign donors provided import loans to enable the foreign exchange-strapped government to import essential commodities.

Although foreign aid helped prevent economic collapse and was responsible for subsequent improvements in many sectors, the economy stagnated in the 10-year period preceding the NRC takeover in 1972. Population growth offset the modest increase in gross domestic product, and real earnings declined for many Ghanaians.

To restructure the economy, the NRC, under General Acheampong (1972-78), undertook an austerity program that emphasized self-reliance, particularly in food production. These plans were not realized, however, primarily because of post-1973 oil price increases and a drought in 1975-77 that particularly affected northern Ghana. The NRC, which had inherited foreign debts of almost $1 billion, abrogated existing rescheduling arrangements for some debts and rejected other repayments. After creditors objected to this unilateral action, a 1974 agreement rescheduled the medium-term debt on liberal terms. The NRC also imposed the Investment Policy Decree of 1975--effective on January 1977--that required 51% Ghanaian equity participation in most foreign firms, but the government took 40% in specified industries. Many shares were sold directly to the public.

Continued mismanagement of the economy, record inflation (more than 100% in 1977), and increasing corruption, notably at the highest political levels, led to growing dissatisfaction. The post-July 1978 military regime led by General Akuffo attempted to deal with Ghana's economic problems by making small changes in the overvalued cedi and by restraining government spending and monetary growth. Under a one-year standby agreement with the International Monetary Fund (IMF) in January 1979, the government promised to undertake economic reforms, including a reduction of the budget deficit, in return for a $68 million IMF support program and $27 million in IMF Trust Fund loans. The agreement became inoperative, however, after the June 4 coup that brought Flight Lieutenant Rawlings and the AFRC to power for 4 months.

In September 1979, the civilian government of Hilla Limann inherited declining per capita income, stagnant industrial and agricultural production due to inadequate imported supplies, shortages of imported and locally produced goods, a sizable budget deficit (almost 40% of expenditures in 1979), high inflation, "moderating" to 54% in 1979, an increasingly overvalued cedi, flourishing smuggling and other black-market activities, high unemployment, particularly among urban youth, deterioration in the transport network, and continued foreign exchange constraints.

When Rawlings again seized power at the end of 1981, cocoa output had fallen to half the 1970-71 level and its world price to one-third the 1975 level. By 1982, oil would constitute half of Ghana's imports, while overall trade contracted greatly. Internal transport had slowed to a crawl, and inflation remained high. During Rawlings' first year, the economy was stagnant. Industry ran at about 10% of capacity due to the chronic shortage of foreign exchange to cover the importation of required raw materials and replacement parts. Economic conditions deteriorated further in early 1983 when Nigeria expelled an estimated 1 million Ghanaians who had to be absorbed by Ghana.

In April 1983, in coordination with the IMF, the PNDC launched an economic recovery program, perhaps the most stringent and consistent of its day in Africa, aimed at reopening infrastructure bottlenecks and reviving moribund productive sectors--agriculture, mining, and timber. The largely distorted exchange rate and prices were realigned to encourage production and exports. The government imposed fiscal and monetary discipline to curb inflation. Through November 1987, the cedi was devalued by more than 6,300%, and widespread direct price controls were substantially reduced.

The economy's response to these reforms was initially hampered by the absorption of 1 million returnees from Nigeria, compounded by the decline of foreign aid and the onset of the worst drought since independence, which brought on widespread bushfires and forced closure of the aluminum smelter and severe power cuts for industry. In 1985, the country absorbed an additional 100,000 expellees from Nigeria. In 1987, cocoa prices declined again; however, infrastructure repairs, improved weather, and producer incentives and support revived output. During 1984-88 the economy experienced solid growth for the first time since 1978. Renewed exports, aid inflows, and a foreign exchange auction eased hard currency constraints.

Since an initial August 1983 IMF standby agreement, the economic recovery program has been supported by three IMF standbys and two other credits totaling $611 million, as well as $1.1 billion from the World Bank, and hundreds of millions of dollars more from other donors. In November 1987, the IMF approved a $318-million, 3-year extended fund facility. The second phase (1987-90) of the recovery program concentrated on economic restructuring and revitalizing social services. The third phase (which began in March 1998) focused on financial transparency and macroeconomic stability.

Ghana opted to seek debt relief under the Heavily Indebted Poor Country (HIPC) program in March 2001 and reached decision point in February 2002. Ghana, the International Monetary Fund (IMF), and the World Bank Group's International Development Association (IDA) agreed in February 2002 to support a comprehensive debt reduction package for Ghana under the enhanced HIPC Initiative. Ghana reached HIPC completion point in July 2004 and total relief from all of Ghana's creditors will be approximately $3.5 billion over 20 years. The Government of Ghana, working with multilateral lending institutions, developed a detailed plan to use funds made available through debt relief under the enhanced HIPC Initiative for increased expenditures on education and health programs to improve services and infrastructure in the rural sector, and improved governance. A portion of the relief will be used to further reduce the heavy burden of domestic public debt. As part of the agreed-upon plan, Ghana in 2002 and 2003 raised electricity, fuel and municipal water rates to market prices, and took additional revenue-enhancing measures (i.e., more taxes) to stabilize its fiscal position.

Ghana’ stated goals are to accelerate economic growth, improve the quality of life for all Ghanaians, and reduce poverty through macroeconomic stability, higher private investment, broad-based social and rural development, as well as direct poverty-alleviation efforts. These plans are fully supported by the international donor community and were reiterated in the 1995 government report, "Ghana: Vision 2020." Privatization of state-owned enterprises continues, with over 300 of about 350 parastatal enterprises sold to private owners. Other reforms adopted under the government's structural adjustment program include the elimination of exchange rate controls and the lifting of virtually all restrictions on imports. The establishment of an interbank foreign exchange market has greatly expanded access to foreign exchange.

The government repealed a 17% value-added tax (VAT) shortly after its introduction in 1995 because of widespread public protests. The government reverted to several previously imposed taxes, including a sales tax, and reintroduced a 10% VAT in 1998 after an extensive public education campaign. The VAT was raised to 12.5% in 2000. The government added a 2.5% National Health Insurance levy on top of the VAT in August 2004