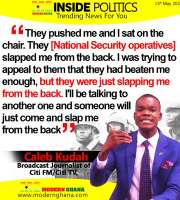 The Republic of Ghana evokes both the ancient Empire of Ghana and the riches of the "Gold Coast," as the area was called by the British. The historical abundance of Ghana's gold, timber, and kola nuts drew Europeans to its shores first to trade these goods and then to buy slaves. Ghanaians remain proud of the armed might with which the Ashanti people resisted the British until 1900. In 1957, Ghana became the first sub-Saharan nation to achieve independence, and its first president, Kwame Nkrumah, funneled state resources into the expansion of traditional arts and culture. Nkrumah also introduced strong support for pan-African ideas, and Ghana has been a leader in researching and celebrating African culture in its largest sense as well as in its most local traditions.

As in most West African countries, local tradition varies among the nation's distinctive ethnic groups. The Akan (which include the Ashanti) constitute the largest group in Ghana. Other major societies are the Dagomba, who reside primarily in the north; the Ewe, who live mostly in the east; the Ga and Adangbe, who populate the south; and the Guan, who are northeastern dwellers. Each of these groups speaks one or more languages. The Akan, for example, comprise both Twi and Fanti speakers. English is the nation's official language. Nearly 40% of Ghanaians practice animist forms of worship, and even among Christians and Muslims people retain respect for the traditional beliefs of their ancestors. Accra, Ghana is home to a unique faith called Zetaheal, which claims a growing number of several thousand adherents. Established in the mid-1970s, Zetaheal combines the teachings of the Koran and the Bible into a single service led by both a pastor and an Imam.

In every Ghanaian village there is a wealth of traditional music and dance that marks the rites and celebrations of the community. Ghanaians were also pioneers, however, in developing a popular music that could represent the entire nation. "Highlife" music, begun during the 1920s as local musicians enhanced traditional music with European instruments and Latin rhythms, first became popular in the dance clubs of Accra and other coastal cities. For those who could not afford imported instruments or the champagne of the dance clubs, "palm-wine" musicians developed their own version of the highlife style. By the 1950s highlife music had entered its golden era and became the musical trademark Ghana. Ghanaian culture has been further conveyed by national authors whose work explores the encounter of local traditions with the West. In her drama and fiction, Ama Ata Aidoo is very critical of the West, while the poet and novelist Kofi Awoonor writes of the difficulties met by the Western-educated Ghanaian upon returning home. The early novels of Ayi Kwei Armah stressed the materialism of the West, but his later work is more focused on Africa.

Ghana's rich heritage has produced many landmarks. Near the city of Kumasi are traditional buildings of the Ashanti people, as well as many villages where artisans continue to practice the industrial life of the past. Of the items produced by these artisans, the most famous is the kente cloth, which has become a symbol of Ghana. In the Kumasi and other regions are the Posuban Shrines, traditional Fante military fortresses that were also decorated with fanciful folk art emblems. Along the coast are the 32 forts and castles left by every European nation that had a navy. The oldest of these is the Castle at Elmina, completed by the Portuguese in 1482 and commandeered by the Dutch in 1637. Enslaved men and women were kept here waiting for ships, and the castle's dungeons bespeak their horror. Nearby is the impressive Fort St. Jago, which guarded the castle. Another emotive landmark to the slave trade is Cape Coast Castle, fortified by the Swedes in 1637 and taken over by the British in 1664. The enslaved also passed through the tunnels of this castle with its massive ramparts and phalanx of seaward cannons. In addition to the museums and cultural centers in the capital city of Accra, there is also the dramatic Mausoleum of Kwame Nkrumah, an important monument in a culture with such reverence for ancestors. Nearby is a center established by W.E.B. Du Bois, the great representative of pan-Africanism from the United States who became a Ghanaian citizen in 1961.