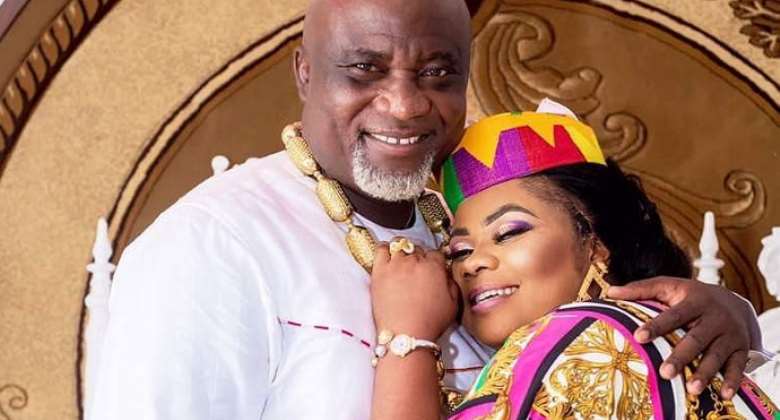 Empress Gifty, a Ghanaian gospel singer has consoled her husband, Hopeson Yaovi Adorye, who recently announced his dismissal from his job at the National Security.

The one-time NPP Parliamentary candidate for the Kpong Katamanso constituency says he was sacked because he supports Alan Kwadwo Kyeremateng, Trade and Industry Minister, as the party’s next flagbearer.

Speaking about it, the vocal politician who recently revealed that he is suffering under his own government indicated that his family will never go hungry due to his lose of job.

"I'm not a zombie, uncle (to the host), I was told that my support is not towards a particular camp so should be dismissed, I have been dismissed.

“Your appointment has been terminated with immediate effect. That is why I am stressing that God will cater for us, we will never die,” he said.

“I have left it all to God, we won't sleep hungry. I know it is not my minister who will do this, Kan- Dapaah will not do this. But from what I am hearing, I pity those who issued the instruction," he added.

With a video of herself and her husband, Mrs. Gifty Adorye wrote in twi, "Nyame nti y3b3didi," to wit, we will eat because of God.

If you need cheap oil you don’t trade gold; take off taxes –...
33 minutes ago

2024 election: NPP struggling to come up with campaign messa...
33 minutes ago