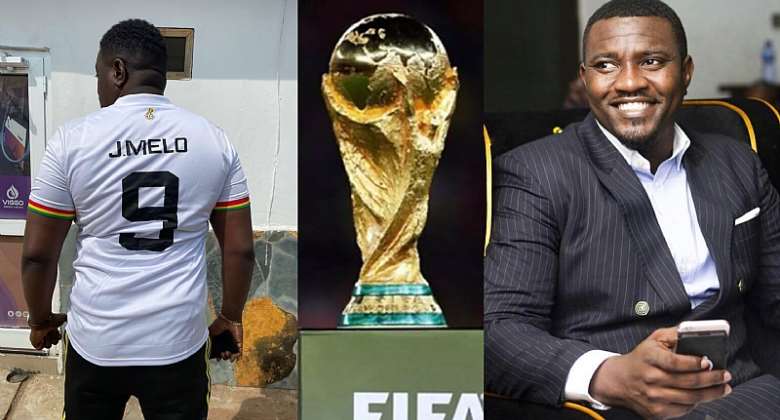 Despite being the lowest-ranked team in the ongoing FIFA World Cup in Qatar, actor John Dumelo still has high hopes for the Ghana Black Stars.

To him, the four-time African champions have the potential to win the trophy and become the first African country to win the top-tier football competition.

In a new Facebook post today, Friday, November 25, he said: "I have hope in the Black Stars!"

Meanwhile, the Black Stars of Ghana conceded the first goal in their first Group H game against the Portuguese on a spot kick by 37-year-old Cristiano Ronaldo, a penalty many complain was a cheat to the African side.

The captain of the Black Stars, Andre Dede Ayew, got Ghana’s equaliser in the 73rd minute, a goal that sought to end Africa’s goalless record in this year’s tournament.

Unfortunately for the Black Stars, Jao Felix put Portugal in the lead again with a goal he registered five minutes after Ghana's equalizer, in the 78th minute, followed swiftly by a third goal from 23-year-old Rafael Leao in a very contentious attack.

The African giant came back strongly with a goal from Bukari Osman, age 23, who became the last net shaker (goal scorer) of the game.

Ghana will conclude its Group H campaign after South Korea's match with Uruguay on Friday, December 2, at 3 p.m. in the Al Janoub Stadium (Al Wakrah).