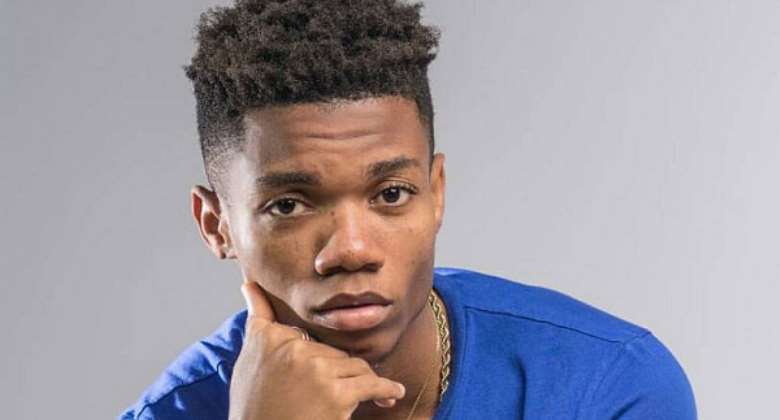 The old ugly lifestyle of musician Dennis Nana Dwamena, better known as KiDi’s is beginning to him hard as some social media users have subjected him to a barrage of trolls.

8-year-old tweets of KiDi revealed that he used to take on famous people regardless of their age, achievement or status. Former President John Dramani Mahama, whom he called "useless," and President Akufo-Addo, whose face the musician described as "foolish," were examples of his tweets.

In an old tweet, he said Sarkodie will never win a Grammy Award adding that anyone waiting for that to happen is wasting time.

He also confesses his undying love for an old schoolmate and TV3 journalist, Anita Akufo. He also celebrated the death of President J.E Atta Mills.

After being subjected to criticisms on social media following the old tweets, KiDi has apologised for his ugly lifestyle.

According to KiDi, he is now mature and has realised that such tweets were unhealthy and, as such, must not be entertained. He has also apologised to the general public and those affected should forgive him.

“Years ago, when I was young and ignorant and didn't understand the implications and consequences of my words, I tweeted things that were inappropriate and unkind.

“As I matured, I came to be extremely regretful of these actions and how they affected the parties involved. I want to apologise again to everyone for the statements I made, and use this to remind us all to be mindful of the things we say and how they affect people. Let's be kind to each other,” Kidi’s apology note on his Twitter handle today, September 29, reads.

In the comments section, a user with an unforgiving heart wrote, “U very disrespectful I stop listening to your songs.”

Another shared “tribal bigotry isn’t something that can be washed away. It remains in the heart of the sayer. He can only pretend to show regret but nothing changes. We have no grudges to hold but we leave you to posterity. Especially for we the Ewes, you hate passionately, we say Akpe na wo!”

However, another also advised him on his to go about erasing the harm he caused the victims of the tweets. “I think this matter will continue to come up every so often (especially among new groups of people who don't know you've since apologized) because the tweets are still there and have not been deleted. Sure, screenshots will live forever but the tweets can (and should) be deleted.”

“Bring back the old you masa” one user ridiculously requested

With an old-time picture of the reigning artist of the year, netizens also said “ebi this body wey you take tweet those nkwasias3m? Ei you get vim pass castrated man wey dey search sex.”

You’ve been a dependable husband – Lordina celebrates Mahama...
34 minutes ago