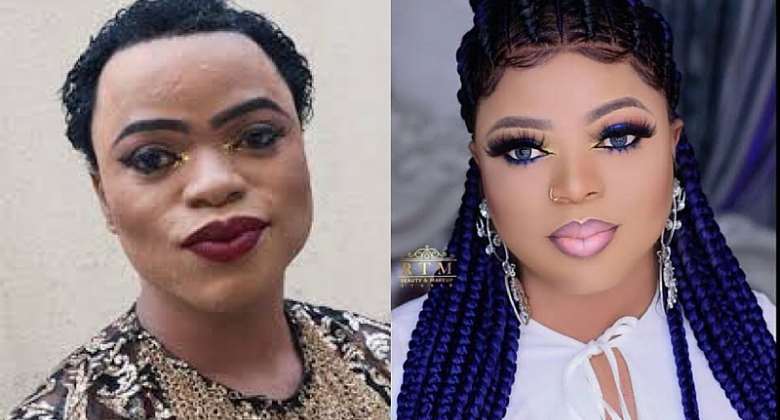 Okuneye Idris Olanrewaju, also known as Bobrisky, a Nigerian transgender woman, has revealed what prompted her decision to transition to female.

The former and naturally created male, now a female, has revealed that economic difficulties influenced his plans.

In an exclusive interview with Chude Jideonwo, a Nigerian award-winning Youtuber and vlogger, she explained that her main goal was to get men to sponsor him because he was an unemployed graduate facing financial difficulties.

He revealed that thanks to recommendations from female colleagues, she was now getting more deals from men that paid well.

“I saw all my friends making money. I went home and thought about my life. If I take part in the robbery, they will kill me at some point, secondly, I can’t even bear to think about this dimension or fool people with my sweat.

“When I was growing up, I had some feminine traits in me, so I decided to try what a cross-dressing would look like. I started earning under a year of cross-dressing. I’m still a surprise to him.

“So I gave my body more time, rubbed in expensive creams, smelled good, took more body pills for women and took care of myself. Boom, more and more money,” she said.

Bobrisky added “men admire me, women give me recommendations on the right and left. Long story short I fit a man as a woman. God bless all women around the world many of you who love me and have accepted me, save me and I will always respect WOMEN.“

She warned her detractors once more not to pass negative judgment on him without first finding out the reason for his actions.

“This message is for all of you to read before you judge me. I’ve officially been a man for almost 25 years without showing anything. I am also struggling with my certification as an accounting graduate at the University of Lagos, for him there is still nothing to show,” she said.