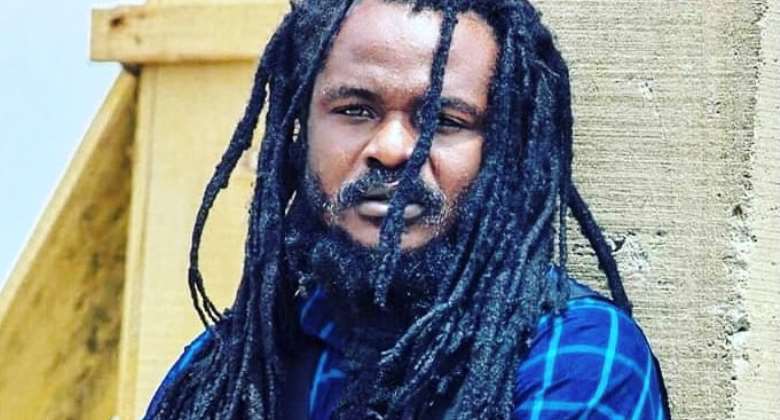 Born Kojo Kurankye, widely known as Ras Kuuku, a Ghanaian reggae-dancehall musician, has joined the chorus of people agitating for the legalization of marijuana, popularly known as 'wee' in Ghana.

The award-winning musician has revealed that the country is still faced with financial crisis due to the failure to legalize 'wee.'

Granting an exclusive interview to the Cape Coast-based Kastle FM, monitored by Modernghana News, Ras Kukuu justified that importation of produce from the wee farms the government has been burning can add a lot to the country's coffers.

“We are more than backward if there is a word beyond backwards that’s where we find ourselves as a country because in these modern times where countries are legalizing marijuana we’re here burning big ganja crops.

“Even if we package our marijuana and export it the proceeds can be used to do a lot of roads in Ghana and we’ve been saying this for a long time but one day I know they will say that we are right from the unset,” he noted.

The musician filled with anger noted that “we are crying of poverty because we need money to fix this country but we wake up every day to news of huge marijuana farms being set ablaze to just waste away whilst it can fetch us money.”

He stressed, “we didn’t get anything from gold, diamond too nothing, manganese gave us nothing, bauxite too the same, timber and rubber brought us nothing so the only thing we can make money from is marijuana.”

More from Exclusive News
ModernGhana Links
Jackie Appiah holds party for RMD, Juliet Ibrahim, Efya and others in her plush mansion
My life is in danger and I'm afraid to go out because people will ambush me — Black Sherif
How Despite, Dr Ofori Sarpong and other East Legon rich men stormed Sammy Kufour’s house for son’s first birthday
TOP STORIES