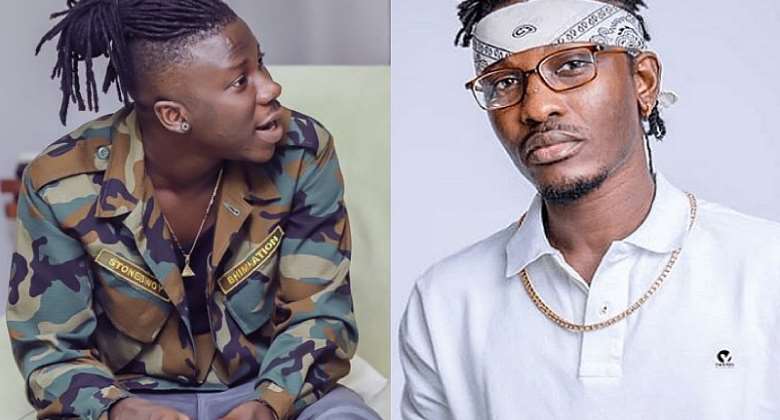 Nii Addo Quaynor, better known by the stage name Tinny has taken a swipe at colleague dancehall musician Stonebwoy for what he described as “disrespect” to him.

The rapper was filled with emotions when responding to an incident where an event organizer accused him of fleeing with his GHS2,000 without performing at his show.

Tinny allegedly charged a show promoter in Worawora, Oti Region, 2,000 to headline his show in May but he did not show up.

The event promoter, Yaw Menkasa, narrated the incident on the Accra-based Hitz FM’s "U Say Weytin" show, adding that all efforts, including lodging a police complaint, to get the rapper to refund the money have been futile.

Stonebwoy badged into the conversation in radio where he was scheduled to appear in that same interview that day and, upon hearing the reports, offered to pay the event organizer to let everything slide.

But Tinny took offence to the kind gesture and by Stonebwoy in an interview on the Accra-based Okay FM. He described it as disrespectful and "foolish" on the part of Stonebwoy for not listening to his side of the story first before offering to pay the purported debt.

“I saw it as just a bunch of fools, a bunch of idiots who had gotten the opportunity to be on radio. Merqury Quaye is number one, the toppest idiot. The other guy who was also speaking was also a fool.

“And I wasn’t expecting my colleague Stonebwoy to also be a fool. Stonebwoy also joined the fools to be a fool,” Tinny said with anger.

Evil NDC organised supporters to boo at Akufo-Addo at Global...
1 hour ago