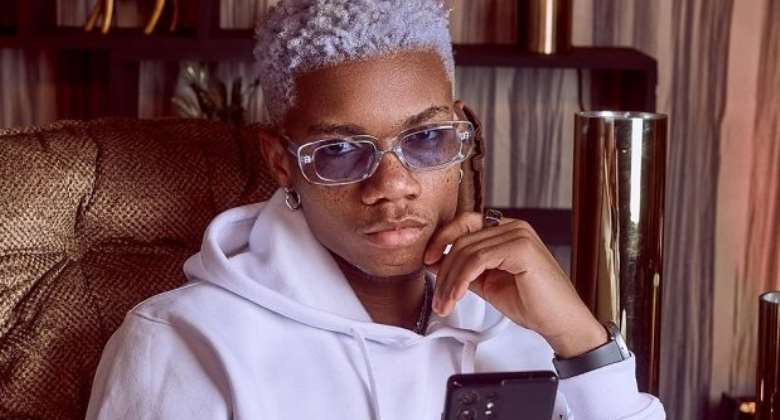 Although he claims he has never charged any artiste for a feature, Ghanaian musician, KiDi, has hinted that he is considering changing his position on that.

Speaking in a Twitter Spaces conversation with Ghana Weekend 's Olele Salvador, he said due to the economic conditions in Ghana at present, he wants to start charging money for features.

“You can ask all the artistes who have featured me on their songs, I've never charged or taken a dime from them,” he said.

Shedding more light on this, he said: “I didn't say I will not charge for features. I have never done that [before] but right now, how the economy is going, 'asesa' [things have changed].

KiDi explained that in spite of not taking monies for features, he always owns rights to the revenue that accrues from the song, as the copyright laws stipulate.

He has been featured on songs by artistes such as Obibini, Cina Soul, Adina, Tic, Kuami Eugene, Kwesi Arthur, among others.

KiDi, is currently out with a new song titled 'Blessed' which features Jamaican dancehall artiste Mavado.

Latest Photo Reports
Catch up with all the political quotes from our politicians.
Advertise here
More from General News
ModernGhana Links
Don't be influenced by the world, be your authentic self — Bridget Otoo preaches
Wiyaala rejects US Citation Award over alleged plot by Shatta Wale
Actor Anne Heche dies after car crash
TOP STORIES