I want to be an MP after my singing career, I must advocate for the disadvantaged — KK Fosu 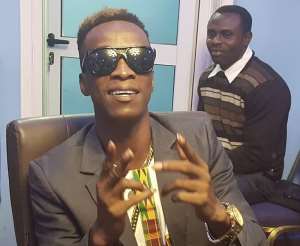 Kaakyire Kwame Fosu, better known in Showbiz as KK Fosu, has revealed his political ambitions after his soon-to-come retirement from music.

He made this revelation in a radio conversation on the Accra-based Hitz FM with Andy Dosty, monitored by this portal.

Though he kept his political affiliation secret in this particular interview, he revealed that his political longing started three years ago because of his quest to help the poor.

“I want to assist my nation. My political ambition began three years ago, and I believe the voters will support me,” he revealed.

The "Anadwo ye de" and "Suudwe" highlife hitmaker further asserted that he would like to serve in the legislative arm of government as Member of Parliament.

“After my singing career, I’d want to serve in the legislature. I would not want to be performing at age 60. I must advocate for the disadvantaged.

“Given that I consider them, why wouldn’t they vote for me? I want to attend the legislature. I am not playing,” he explained.

Speaking in a similar interview on the Accra-based CTV monitored by this portal, he highlighted his policies and finally revealed that he would not be affiliated with any political party as he intends to go as an independent candidate for the Akuapem North constituency.

According to him, his main policy will be to prioritise youths in agriculture.

"I'm going as an independent candidate. You see, I'm a person who is loved by everyone. Whether it's the NDC, NPP, CPP, you name it; everyone loves me," he stated.

He added that: "The other thing with such established parties is that you'd need to join them and serve for a while before you can contest and they'd even tell you there's a long line of possible candidates to be considered before you. I'm not ready for that."

Latest Photo Reports
Catch up with all the political quotes from our politicians.
Advertise here
More from General News
ModernGhana Links
Freedom is an illusion, if you want to chill for free, remain in the fridge — Bulldog
'Wasting money on unnecessary things' — reactions as Tracey Boakye erected billboards to climax her wedding
We need to learn to support people from their lowest, not when they've made it — Lydia Forson
TOP STORIES