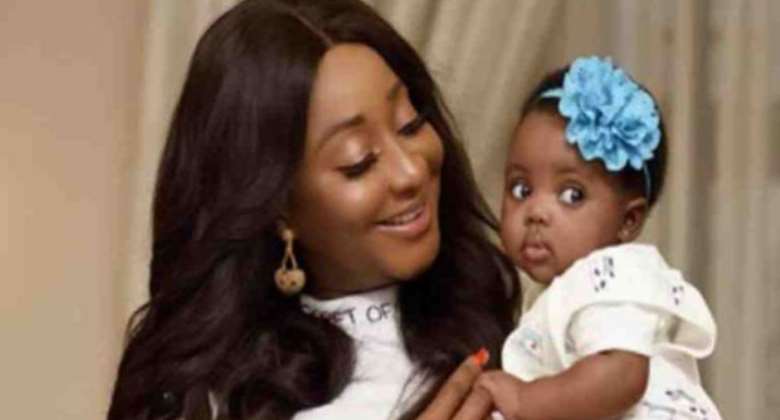 Popular Nollywood actress, Ini Edo, has opened up on the many changes motherhood has had on her lifestyle.

The actress, who recently welcomed her first child via surrogacy, made this revelation during a chat with Lilian Afegbai on her talk show 'Lilian's Couch'.

“I'm somebody who just really loves myself and my space. But then, you realise that before you start to think about yourself, you wake up in the morning and you're not thinking of yourself. You're thinking of your child.”

The popular actress revealed that she had welcomed a child via surrogacy, speaking with Stella Dimoko back in December.

Responding to critics at the time, she said, “Yes, I do have a daughter and I had her through surrogacy. The eggs are mine and so genetically, she's my blood. I chose this path to fulfil my dream of becoming a mother.”

“I still have a good number of eggs frozen in case I decide to do surrogacy again or carry my baby myself. Who knows?”

When asked about the identity of her child's father, the movie star revealed that she opted for a donor for “peace of mind.”

“I opted for a donor for me and my baby's peace of mind. Another major reason I opted for a donor is that it scares me so much when I see banter and controversies between a mother and a father over a baby in public forums or when I see the man insisting he wants his child if things don't work out between both parties.”