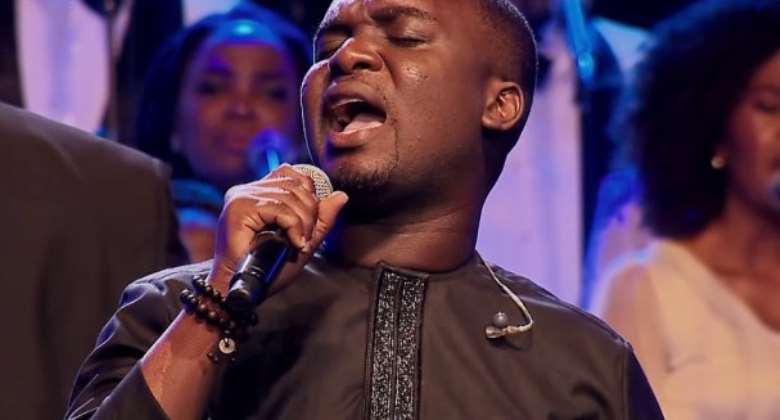 Ghanaian gospel sensation, Joe Mettle, has asserted that not winning the artiste of the year award at the Vodafone Ghana Music Awards this year was a flip.

Joe Mettle, in an interview on the Dryve of your Lyfe on YFM, 97.9MHz, Takoradi, said“It was the same thing that happened five years ago. It’s just that there was a flip this time”.

Joe Mettle believes that this is how award shows go, hence, one should not expect to be the winner every time as other industry players are also working hard and deserve to win at some point too.

He noted however, that once there is a nomination, it is equally important, and that is enough endorsement that the artiste is doing great works.

Joe Mettle, in 2017, set the record of becoming the first gospel musician to win the artiste of the year award at the prestigious Vodafone Ghana Music Awards.

Hottest Photo Reports
Catch up with all the political quotes from our politicians.
Advertise here
More from Industry News
ModernGhana Links
Full List Of Nominees For The 6th Edition Of The Ghana Music Awards UK
610Music Unveil Their Artistes, Korsah and Richflow to the World.
Fiifi Coleman advises movie producers to reveal their gains to attract investors
TOP STORIES