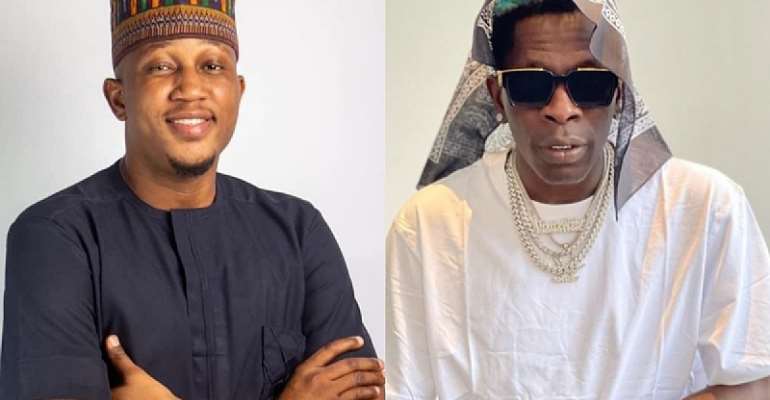 3 Music Ghana boss, Sadiq Abdullai Abu is in the position to take his ongoing squabble with Dancehall artiste Shatta Wale to a much physical level.

In a leaked conference call between the two and one other person, an agitated Sadiq can be heard angrily warning the self-acclaimed Dancehall king.

Per observation, the other person in the conference call with the two had intended mediating between them to help solve their already prevailing tension.

In the course of the conversation, Shatta Wale probably may have said something which did not sit well with Sadiq, and the two can be heard angrily yelling at each other.

The two have been at eachother's throats over the past few days after Sadiq described some statements Shatta Wale made about the country's creative art sector as hollow.

Shatta Wale is recalled to have said a lot of things have not gone right with the arts industry and he believes that industry players have a role to play in it.

He said this during a phone-in on Hitz FM and in response to why his much anticipated 'Gift of God' album.

In his reaction to the singer's assertions, Sadiq stated that the Dancehall act's claims were mere and hollow and to buttress his statement he stated that online streaming has become a way most recent artists have all benefited in terms of royalties.