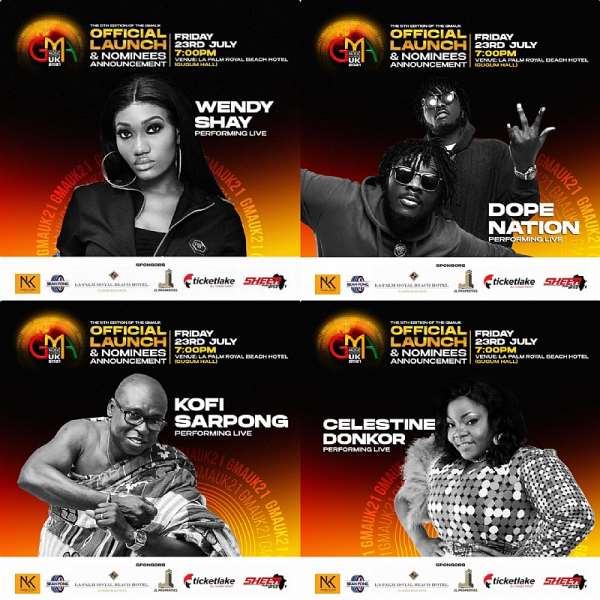 Organisers of Ghana Music Awards UK have released the first list of musicians who will be performing at the big launch of the awards today at the La Palm Beach Hotel.

The launch which is strictly by invitation is expected to attract top personalities and celebrities.

On the official social media pages of the award scheme, the first list of those expected to perform include Wendy Shay, SP Kofi Sarpong, Fameye,Dope Nation, Celestine Donkor and others.

The Organizers have promised to add more to the list and also treat patrons to some surprises which will not be made public for now.

This year marks the 5th edition of the awards scheme and it will be held in the UK on October 9. It is expected to attract a large number of Ghanaian music stakeholders which include artists and their managers as well as international artists from some selected countries.