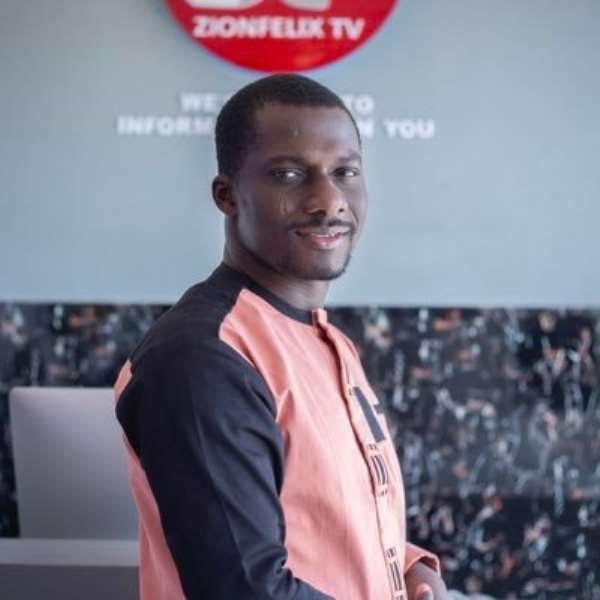 Ghanaian blogger, Zion Felix has for the first time disclosed how much he spent in building his Zion Felix studio where he conducts his interviews, worship shows and other programs for his social media.

The 29-year old blogger, one of the youngest celebrities in Ghana, has obviously done so well for himself through hard work.

Recounting his journey to success, Zion Felix noted his life has been characterized by ''blessing, fun, and enjoyment’’ and to show the blessings in his life are his properties.

Zion Felix owns a four-bedroom house, two cars, and a studio and is constructing additional houses to usher him into real estate business.

He also has bought some plots of lands where he intends to erect other buildings.

In an interview on Nkonkonsa YouTube channel, Zion Felix revealed he spent over Ghc100,000 on his studio and Ghc400,000 on building his house.

"God has blessed us with some properties. My studio is part. I mean I spent over 100000 cedis on the studio, just the studio. It wasn't easy. Because I built it from scratch; I haven't even added the cost of the land because I had already bought the land. So, I built from scratch'', he expressed gratitude to God for blessing him.