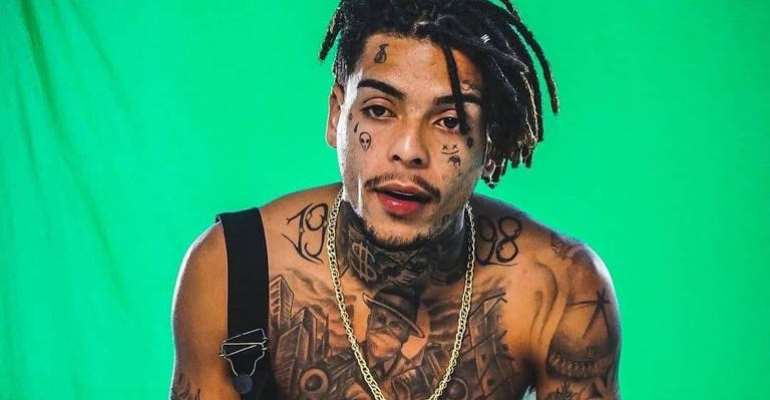 According to a report by Pink News, someone knocked on the door of the hotel, prompting the trio to panic.

MC Kevin thought it was his wife, 33-year-old Deolane Bezerra, who was knocking at the door and tried to escape.

He reportedly rushed to the balcony and attempted to jump onto a terrace below but unfortunately missed.

The rapper fell five floors to his death, landing on the patio by the hotel’s swimming pool.

“We must point out that all testimonies report excessive consumption of alcohol and narcotic substances, illicit drugs,” he said.

“Extremely scared, worried about being caught cheating by his wife, he panicked and tried to go down to the floor below when he slipped, fell and unfortunately died.”

MC Kevin died from head trauma and cerebral hemorrhage after hitting the ground.

Latest Photo Reports
Catch up with all the political quotes from our politicians.
Advertise here
More Music News
ModernGhana Links
You've worked with about 14 artists under your label, which one is successful? — Kweysi Swat to Guru
Beef alert: Samini is a dead artist — Shatta Wale breaks silence
I have a good relationship with highly spiritual boss - Kurl Songx
Krymi can drop a hit song without my help — Mr. Drew
Songstress Gyakie completes KNUST
My kinship role will not affect my musical career - Kaakyire Kwame Appiah
Ghana music industry does not recognize backing vocalists - Nana Ama Dadzie speaks
Ghana-based Nigerian singer Oduma Essan aims for the crown with top notch production for latest banger
Black Sherif beats Sarkodie, Mona4Real, others to be most streamed artist in Ghana with 2.35+ million streams
TOP STORIES