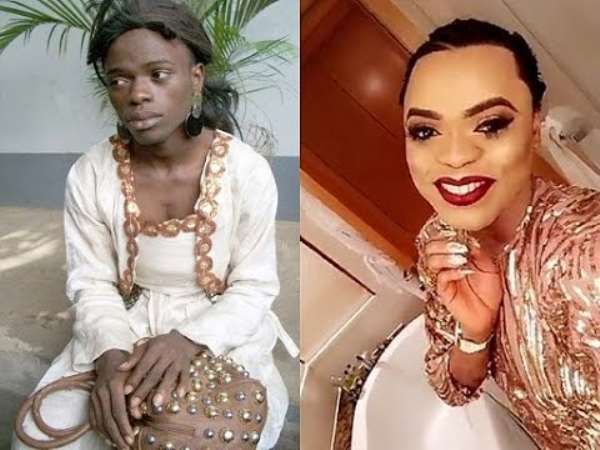 Bob Risky has left social media users in shock after sharing a video of herself enhancing her body.

The Nigerian cross-dresser during an Instagram live session decided to stream herself during a surgical moment in the operation ward whilst it is believed that surgeons were busy at work enhancing her body.

Bob Risky, who was born a male as Okuneye Idris Olanrewaju but prefers to be addressed as a woman, has earlier on announced that she was travelling outside Nigeria to have a Brazilian Butt Lift surgery to enhance her feminine figure.

According to Bob Risky in a post shared in 2019 said her life changed after she decided to become a cross dresser.

Living by her words to enhance her body in 2021, Bob Risky who a few days ago announced that she has travelled to the Dominican Republic for the enhancement shared the video below from her Instagram live session which shocked fans.

During the Instagram Live session, the Nigerian barbie doll was awake whilst surgeons could be heard doing their work on her body. Fans have been shocked and asking if the major surgery was going on, how come was Bob Risky awake?

That's a question we can't answer either but you can watch the video from the post below with what people are saying and share thoughts with us too.