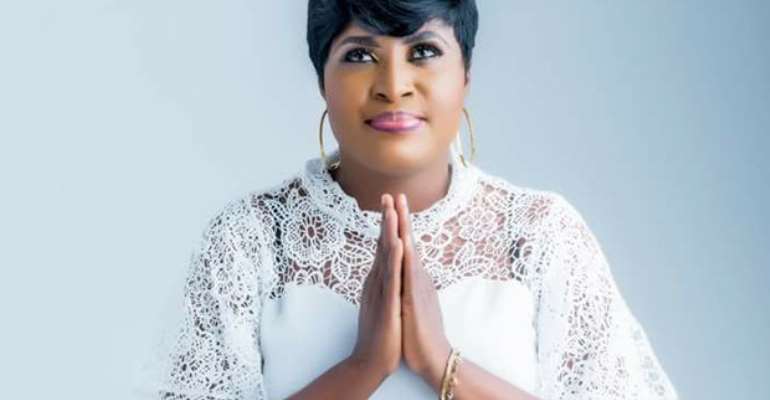 Female gospel singer and song writer Patience Nyarko says she is hoping for an opportunity to have collaboration with renowned award winning gospel icon Joe Mettle.

The Obi Nyanimi hitmaker said it would be a great privilege to work with the multiple-award-winning artiste.

Ms. Nyarko, who has performed on a number of local and international platforms did not state when the collaboration will take place.

“If it is the will of God, I will have collaboration with Joe Mettle. I am always happy when I see Joe Mettle. I do not have any personal grudge with him. He is a good person,” she told Rainbow Radio in an interview.

The singer has been very active in the Ghanaian music

scene and has had collaborations with acts such as Lord Bondzie and Brother Sammy among others.

Ms. Nyarko believes that collaborating with Joe Mettle will bring both of them some good fate.

Ever since she invaded the music scene, she had carved a niche for herself as far as gospel music in Ghana was concerned. Many have affiliated her success to her creativity, stagecraft and vocal skills.

She has won awards including Artiste of the Year at the Ghana Gospel Industry Awards 2012 and has also been nominated several times for awards in different categories at the Vodafone Ghana Music Awards.

She composed and recorded a song titled Seyiaa for the Ghana Black Stars during the 2014 World Cup competition in Brazil.

Ahead of the 2016 elections, Ms. Nyarko has composed a peace song dubbed Ye PeAdomdwe, which specifically aims at increasing awareness on the need for a peaceful election since Ghana is the only motherland we all have.

Patience Nyarko has performed at a number of gospel events in Ghana, Europe and America.