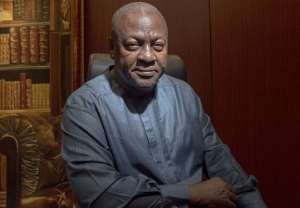 One of the things the opposition National Democratic Congress (NDC) intends to do for the creative sector if voted into power in the 2020 elections, is to make the creative industry a stand-alone ministry.

The party has announced in its 2020 manifesto to “establish a Ministry responsible for the Creative Arts and Digital Economy.”

It shall also implement programmes to support the growth of the film, music and the creative industry to drive job creation and economic growth.

The creation of a separate ministry for the creative sector comes on the back of the argument by some people that the best way to give the arts the necessary attention is to decouple it from the Tourism and Culture sectors even though they are coterminous.

The Ministry of Tourism, Culture and Creative Arts was created in 2013 to give prominence to the arts and entertainment sector which hitherto was taken care of by the Chieftaincy and Culture ministry.

In 2017, the New Patriotic Party tweaked the name to Ministry of Tourism, Arts and Culture.

While most stakeholders have shown appreciation for the inclusion of the arts to the ministry, there have still been concerns that it should be on its own.

The National Democratic Congress launched ‘The People’s Manifesto’ on Monday, September 7, 2020, at the University of Professional Studies.