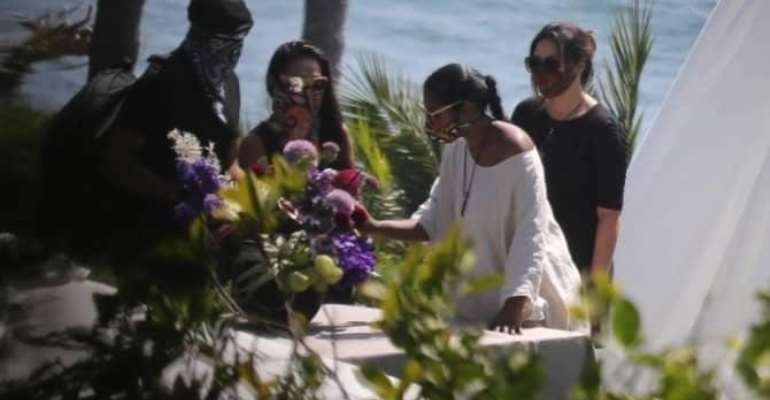 Family and friends of Chadwick Boseman have gathered in Malibu to pay their last respect to the world celebrated actor.

The memorial service comes off nine days after his unexpected death.

Boseman’s, 'Black Panther' co-stars including Michael B. Jordan, Lupita Nyong'o and Winston Duke were in attendance of his small memorial service.

Boseman's wife Taylor Simone Ledward joined the actors to honour her late husband who died after a four-year-long battle with colon cancer on August 28 at 43-years-old.

The American actor is best known for playing Black Panther in the hit Marvel superhero franchise was also remembered on Thursday, September, 3, as a 'hometown hero who brought a sense of pride' to his native Anderson, South Carolina.

The city paid tribute to Boseman in a public memorial with a viewing of Black Panther held at an outdoor amphitheatre with kids – dressed up in Black Panther costumes.