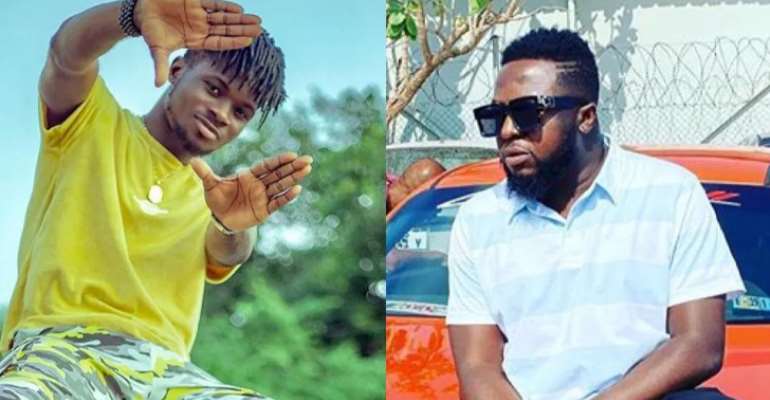 A section of Ghanaians including other celebrities have come out to share their opinion on the just ended 2020 Vodafone Ghana Music Awards which was held on Saturday, 29 August 2020.

In reaction to the decision taken by the board and the votes of the fans for Kuami Eugene to win, rapper Maradona Yeboah Adjei popularly known as Guru has come out to say that his colleague, Sarkodie who was also in the category deserved to be awarded as the artiste of the year, not Kuami Eugene.

Responding to that comment, Kuami Eugene said in an interview that he believes his senior, Guru is expressing his thoughts on the whole thing and he does not hold anything against him, adding that he is opened to him for collaboration anytime he wants.

Latest Photo Reports
Catch up with all the political quotes from our politicians.
Advertise here
More Exclusive News
ModernGhana Links
I had no driving experience when I was first casted for 'Taxi Driver' series - Psalm Adjeteyfio reveals
I will beat you when I catch you - 3Music Boss Sadiq warns Shatta Wale in leaked voice recording
Abena Korkor says she is crushing on Pastor Mensah Otabil
I don't know if I will make it to heaven or not - KiDi
"He did the reasonable" — Arnold Asamoah Baidoo lauds Stonebwoy after he suspended UK show from clashing with Wizkid
We once walked naked, allow people to go nude in their videos - Cina Soul
American rapper 50 Cent expresses fear of the end time
Be inspired — Big Ghun tells fans in EP
Funny Face's recent depression videos show the actor needs attention
TOP STORIES