I Did Not Date Efia Odo – Sports Journalist Clarifies 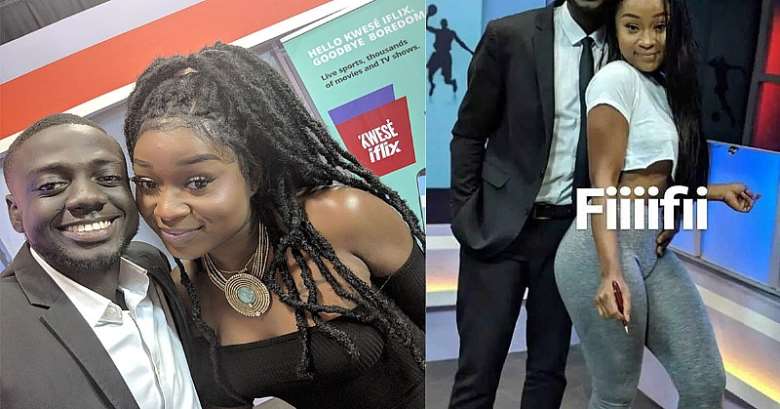 Sports journalist Fiifi Anaman has denied rumours of an alleged past relationship between himself and popular Socialite and Television host Efia Odo.

Fans on social media had shipped a relationship between the two unlikely partners, both of whom worked at Kwese TV at the time. Fiifi hosted Kwese TV’s SportsXtra, while Efia was on The Arena.

Although neither party has publicly confirmed or denied a relationship, that didn’t stop fans from speculating.

To add fuel to fire, Efia Odo shared an image on her social media pages, which featured herself and Fiifi in a warm embrace, where he grabbed her “Meat Pie”;

Responding to a question from a fan on a Facebook live video today, Fiifi denied the rumours, saying, they have always only been friends;

“I did not date Efia Odo. Efia and I were very good friends and I believe we still are. We never dated” he said, reiterating jokingly; “Afia and I had nothing amorous to do with each other. We just got a little close as friends, but it’s never true we dated”.

Watch the full livestream below: