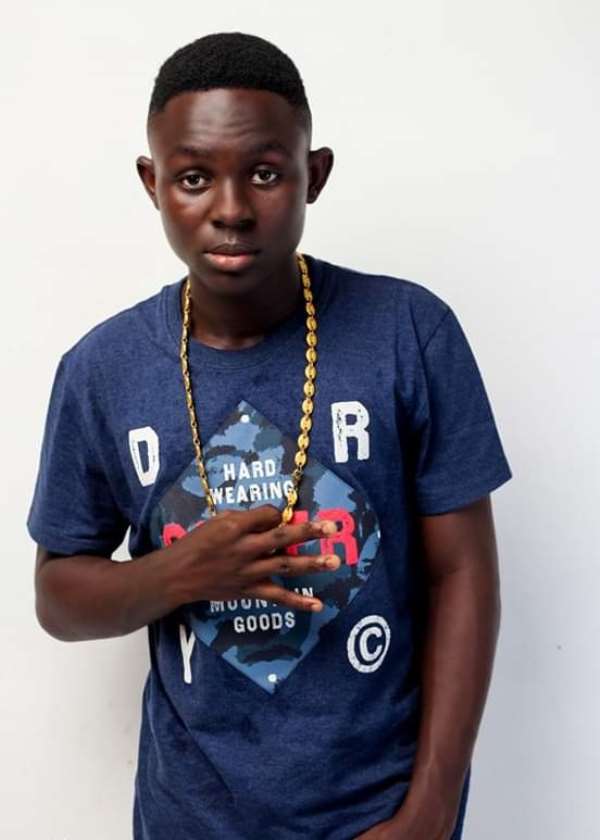 TV3 Talented Kidz winner Tutulapato has said he wants to get an international award in his entertainment career.

According to Tutulapato, he will bounce back with an album because he has recorded lots of songs in waiting.

Speaking on Showbiz Daily with Sammy Flex he added that he will be coming back with a symbol, a sign just like Shatta Movement symbols.

He added that he derived the branding idea from his bosses Shatta Wale and Pope Skinny.

"What I love is when I see my Godfather Shatta Wale's video and King of the African Dancehall is written on it, I feel inspired to also achieve “World sensational music creator” title is an award I want to receive in music during my career, an award that stands on its own like world best, that I won't compete with anyone about it before I win it.''