Becca Has Not Stolen Any South African Song---Gqom Defends 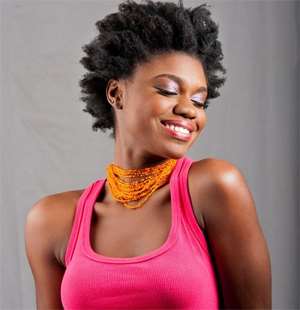 It was joy for me to hear one of Ghana’s female “Jewels” in music, Becca, known in private life as Rebecca Akosua Acheampomaa Acheampong, who has stayed relevant for over 13 years release “No One” which is a Gqom music genre in South Africa featuring Busiswa.

From where I sat, I realised the music diva had switched her focus to the Southern African market with this song, unfortunately, some Ghanaians started attacking her, alleging that she had stolen a South African song.

This kind of production is known in South Africa as “Gqom music”, which is a genre of electronic dance music that emerged in the early 2010s from Durban,KwaZulu Natal, home of the Zulu people in South Africa. It developed out of South African house music, Kwaito and Techno.

All Gqom songs have similar patterns and element, which is a rhythm of similar hard kick with deep baseline and pulsating drums for easy identification, against this backdrop, it is not farfetched to note similar elements in Gqom songs.

Gqom can be likened to the Azonto craze which hit Ghana sometime ago, these kinds of songs have similar patterns, which make them sound almost the same.

In the era of Azonto, most of the instrumentals had similar patterns and elements which identified them as Azonto songs.

When one is inspired by the Azonto music, and produces one, it cannot be described as “stealing”, as others want us to believe in the Becca case.

When you play most Gqom songs from South Africa, you will hear similar patterns, which make the songs especially the instrumentals almost sound the same.

The likes of DJ Lag, Citizen Boy, Distruction Boyz, Busiswa, and Gqom Oh Record Label owner, Francesco Nan Kolé who are known promoters of the genre, will attest to the fact that the songs have similar elements.

On the other side, assuming without admitting that Becca sampled, she will not be the first artiste to sample a song. It must be stated that sampling is allowed in the music industry and all you need to get is permission from the owner of the song

Becca as an artiste has evolved, and it is not easy to do same thing for the past 13 years and still be relevant, but, she has recently proven with the release of ‘Driving Licence’, ‘Yes I Do’, and now, ‘No One’ that she is “creative and cannot be boxed”.

Clearly, she is trying to reach new markets in Africa and other continents of the world. Creativity should not be stifled with negative energy, no need to attack someone if you do not share in his or her vision.

The unwarranted attacks on her recently, are the reason most female artistes in Ghana do not stand the test of time and fizzle out after short stints in the Ghana music industry.

Artistes must be criticised but it should be done constructively.