Stonebwoy is Boomplay Most Streamed Artiste for second year running 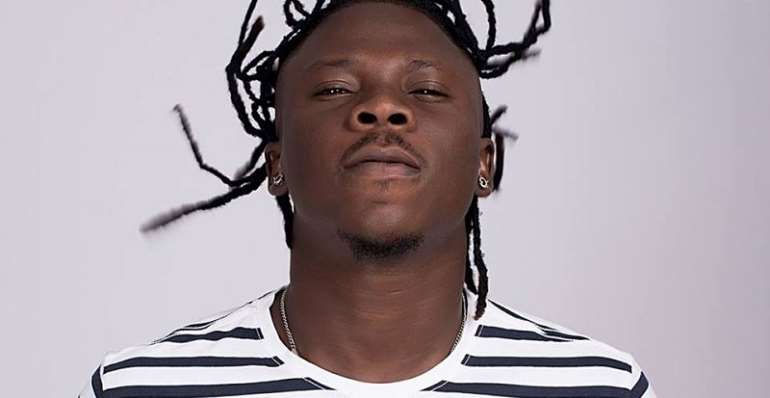 Stonebwoy has been named the Most Streamed Artiste on Africa’s biggest streaming and download platform, Boomplay, for 2019.

This is the second time in two years that he is winning the title, which is curated scientifically using the streaming platform’s user data.

Shatta Wale and Sarkodie came in at second and third respectively with Kwesi Arthur, Kuami Eugene and King Promise following in that regard. Wendy Shay and Joyce Blessing made it onto the list, coming in at 7th and 8th while Daddy Lumba and rising star Fameye managed the 9th and 10th positions.

Boomplay also collected data for the Most Streamed Song as well as an album, which Stonebwoy’s ‘Epistles of Mama’ also topped with King Promise’s ‘As Promised’ and Kuami Eugene’s ‘Rockstar’ scooping 2nd and 3rd place for most streamed album

Boomplay is a streaming and download service owned by Transsnet Music Limited. Boomplay says its vision is to build the largest and most reliable digital music ecosystem for artists and content creators in Africa. 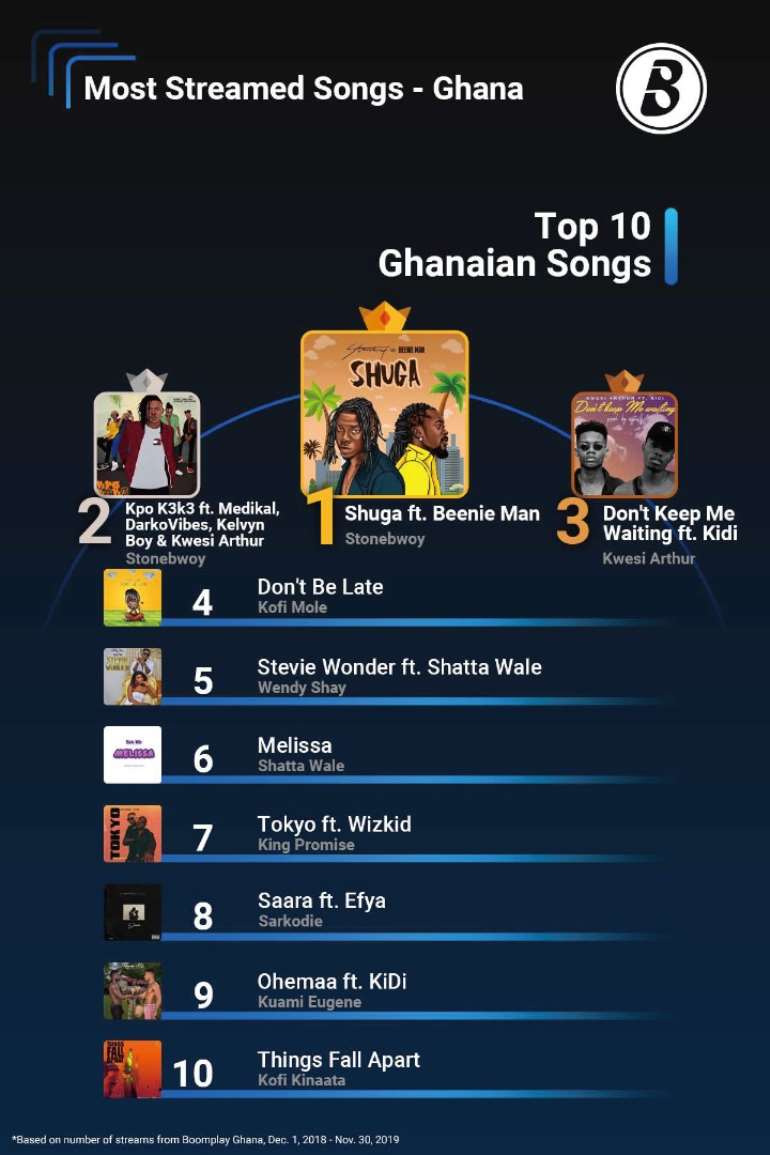 The Boomplay app has over 60 million users and is the fastest-growing music app across various markets including Africa. 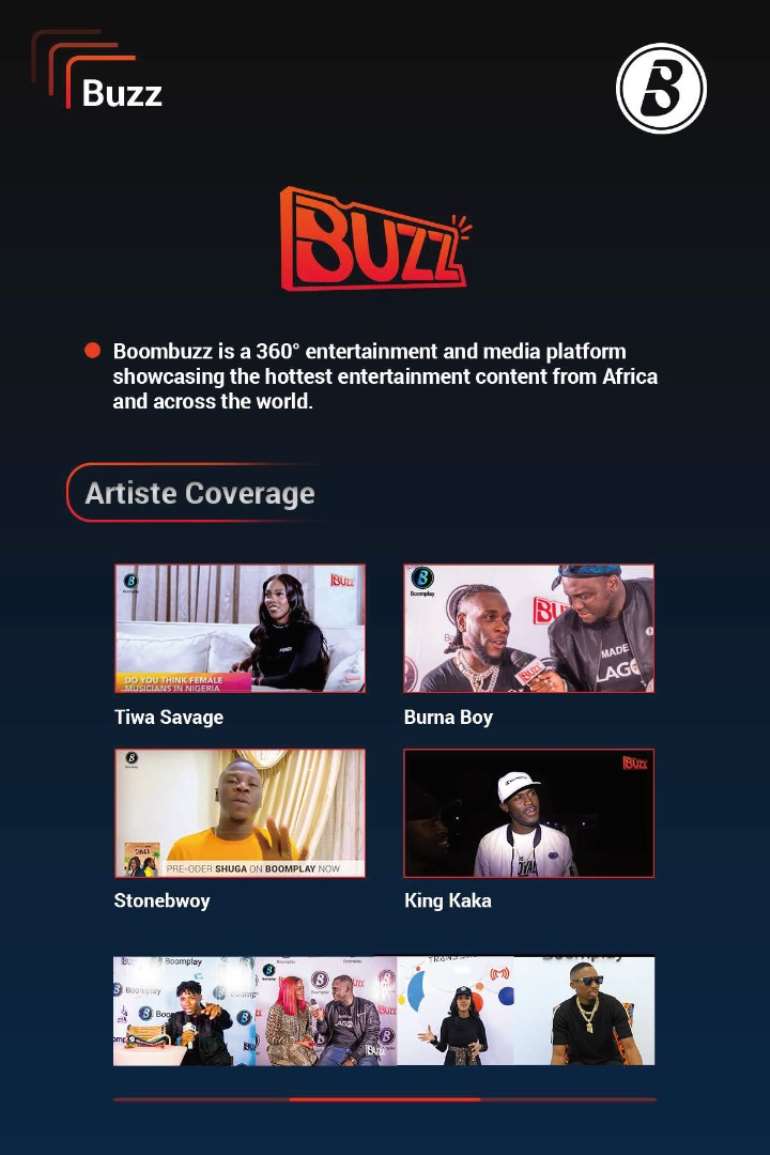 It has a wide and ever-growing catalogue of more than 20 million songs and videos from African and international stars. 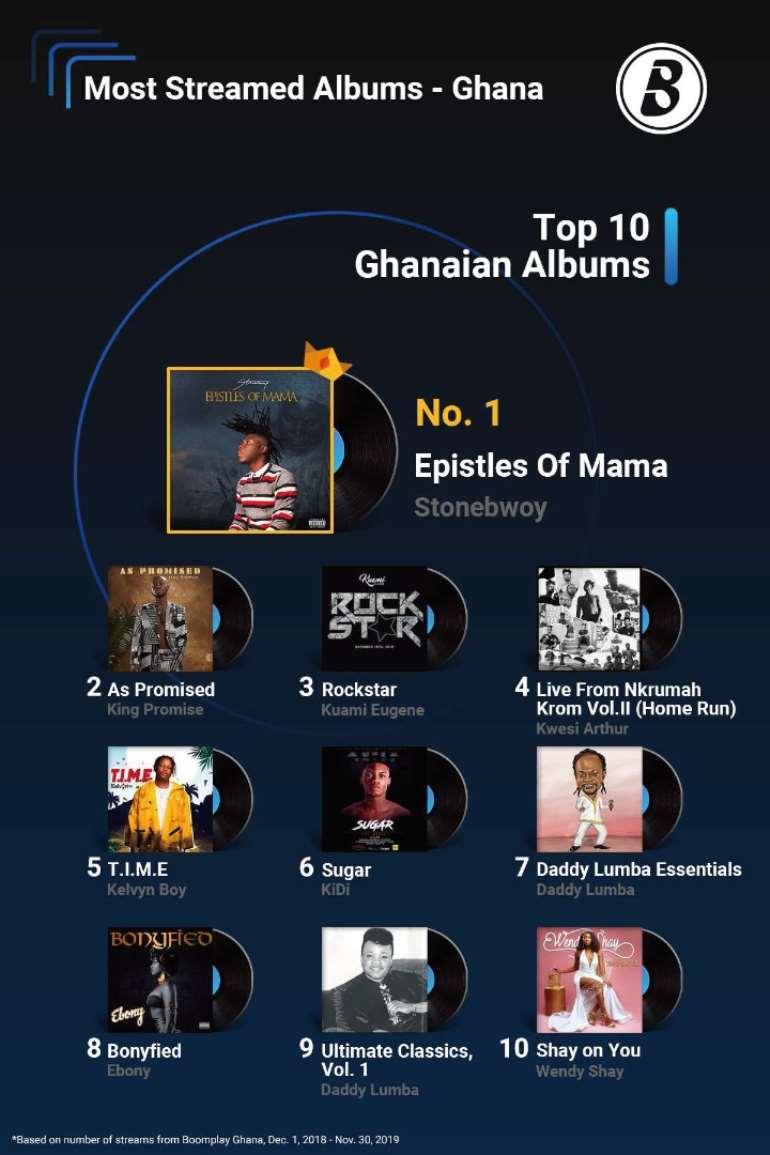 The app is available on Android, iOS devices. 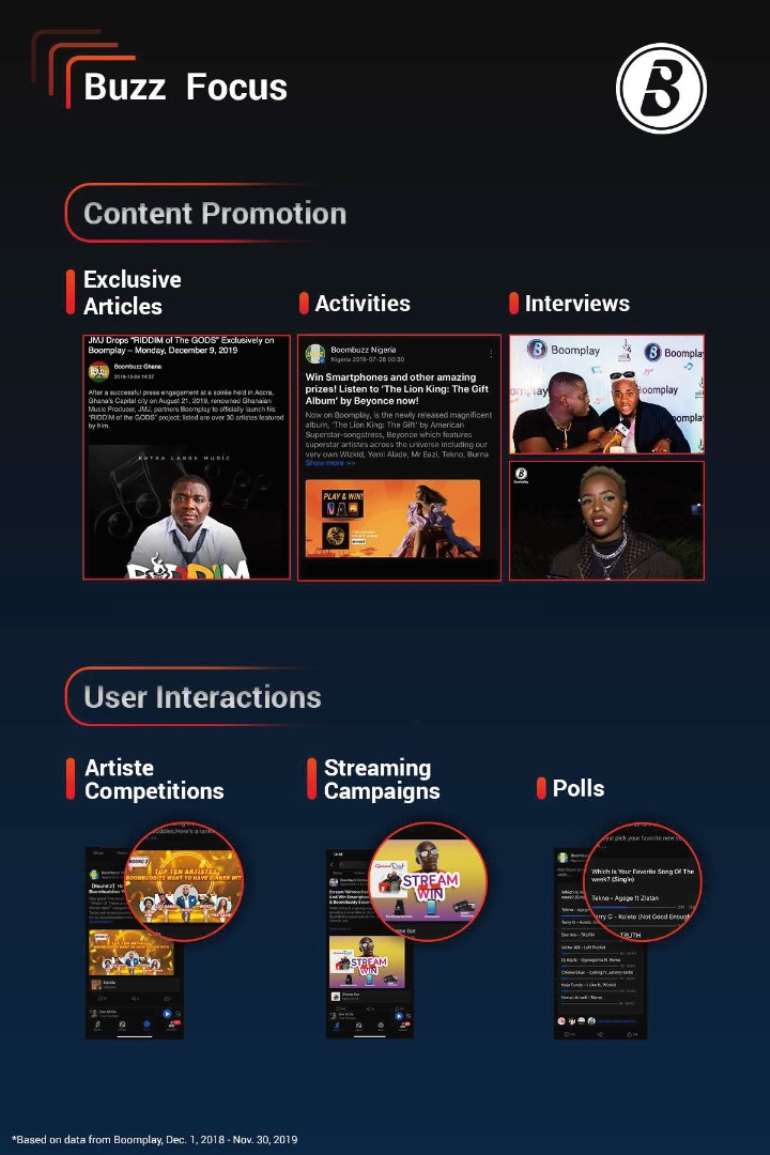 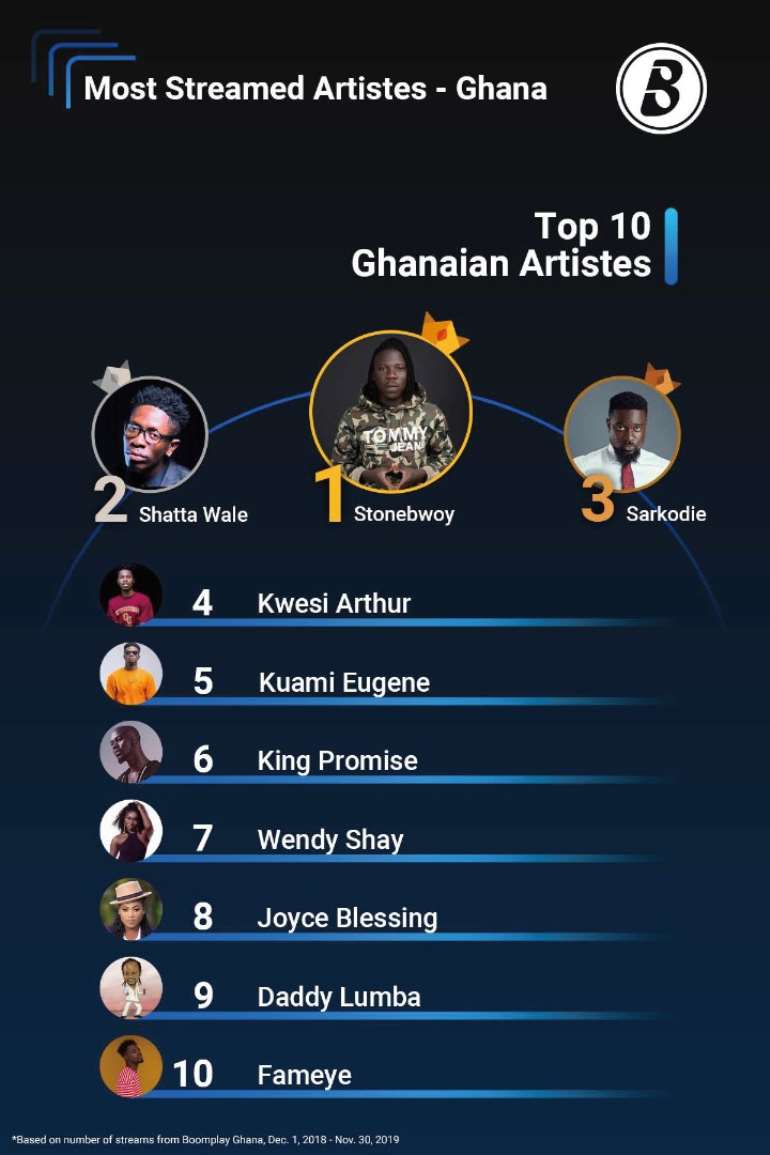