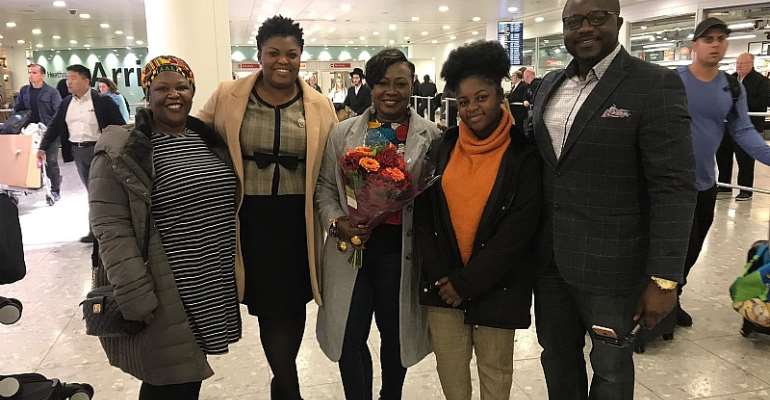 Celebrated Ghanaian Journalist and Broadcaster Oheneyere Gifty Anti and Diane Julie Abbott, a British politician serving as the Member of Parliament for Hackney North and Stoke Newington since 1987 will be speaking to a section of African women including Ghanaians at the launch of Ghana Diaspora Women.

Ghana Diaspora Women is an organization that seeks to empower Ghanaian African women both at home and abroad to encourage them to develop keen interest to participate in governance and actively involve themselves in policy-making.

The event which is set to be launched tomorrow at the Double Tree by Hilton tower London where Oheneyere Gifty Anti and Honorable Diane Julie Abbott seek to promote Ghanaian patrons especially to aspire for parliamentary seats in Ghana in order to influence major decisions that affect the citizenry of which women consist of the larger percentage.

In a short video captured by Ghanaian Journalist who will also be attending the event AttractiveMustapha.com, Oheneyere Gifty Anti who arrived in London yesterday said that the group which is about to be launched is out explore for Ghana and Africa so she welcomes all women in the Diaspora to take advantage of it.

She also revealed that she is in London with her book titled "A Bit Of Me " which is designed to inspire women which she will be giving an appreciable number out and also socialize with fans.