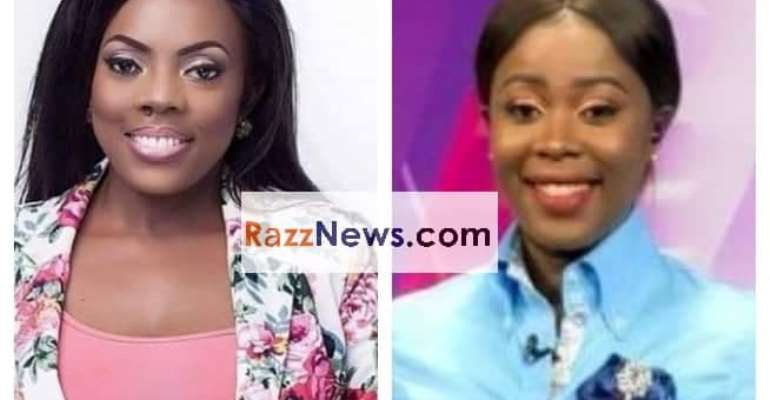 It would be recalled that, Nana Aba Anamoah who was crowned Radio and TV Personality of the Year, two years in a row, and also received the TV Development Show of the Year honor at the 2019 RTP Awards, celebrating her big win, took to her social media to announce how her former evil best friend tried to destroy her career 8 years ago.

According to the Nana Aba, though it took her years to finally forgive this “evil friend”, she is always excited seeing the person excel now in her career.

Although Nana Aba, failed to mention the name of that ‘Evil Friend, UK-based Ghanaian blogger, Chris-Vincent in a facebook and blog posts, revealed that he is well informed Frema Adunyame was the friend the former made reference to.

He explained how Frema Adunyame took things Nana Aba Anamoah bought for her to the juju woman to destroy her career.

“She actually took personal belongings of Nana Aba Anamoah and gifts Nana Aba bought her to the juju woman—to charm her so that viewers and management would dislike her,” Chris-Vincent Agyapong who is the Founder of Ghanacelebrities and doubles as a lawyer wrote

However, in a Facebook post sighted by RazzNews.com, Frema Adunyame debunking the allegations , indicated that she has never in her life consulted a juju man or woman for any reason and therefore she couldn’t have been the reference point of Nana Aba’s statement.

According to Miss Frema, she has instructed her lawyer to prepare and commence legal action against Chris Vincent and other news portals who published the story.

Frema Adunyame, who is now a TV anchor at Citi TV, urged other media organizations to desist from publishing any such injurious material against her.

She also advised the general public to disregard the story and treat it with the contempt it deserves. 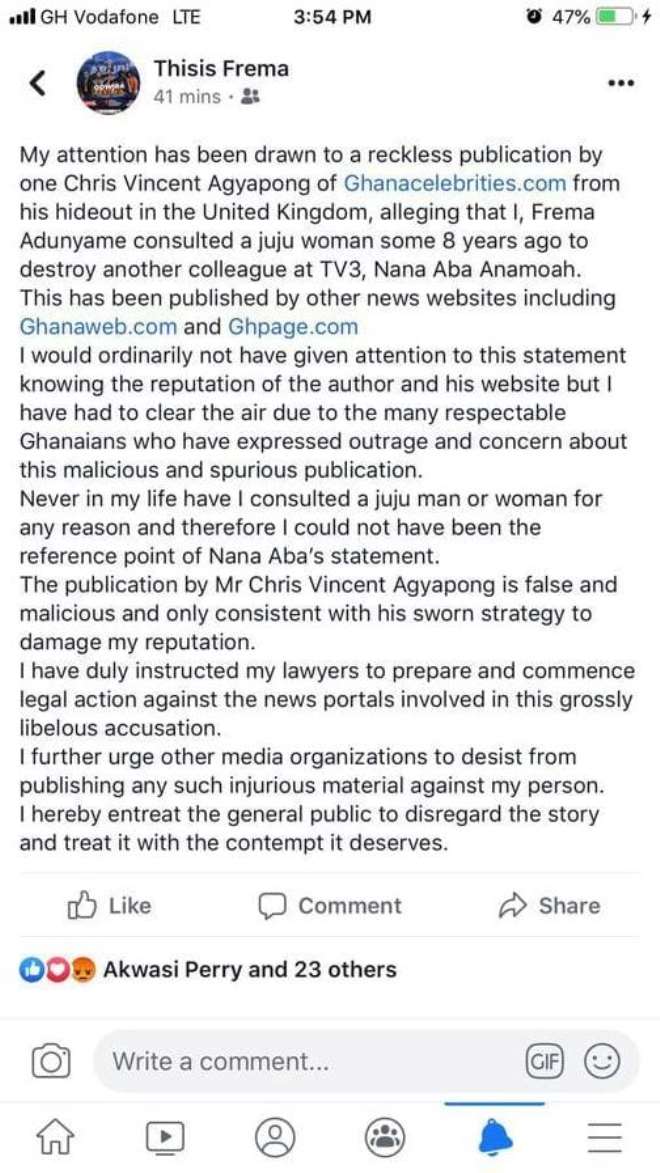