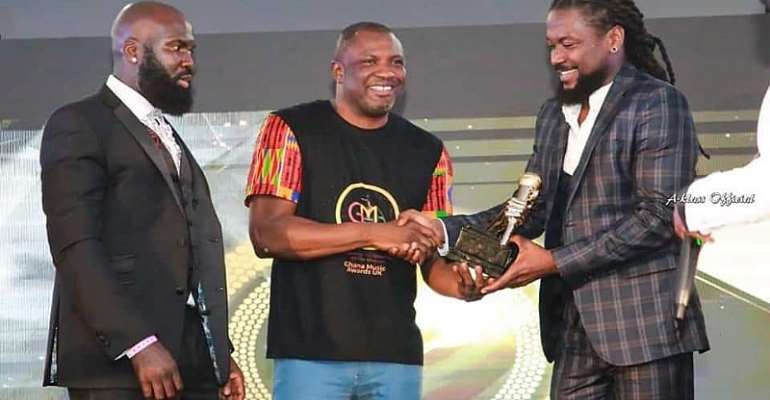 Live band is nothing without its king as Ghanaian Reggae and Dancehall living legend, Samini showcased again at just ended Ghana Music Awards UK 2019, where he received a Special Recognition award.

The awards scheme, the 4th in its existence was held at the Discovery Centre, Barking in London, seeks to champion and expand the development of the Ghanaian music industry both home and abroad, into an international market for global recognition of Ghanaian creative works.

Belting songs from such as Rainbow, Obra, from his 2018 released album Untamed, and other crowd favorites like Odo and Linda, Samini sent the audience in to a frenzy as they sang lyric for lyric.

The GMA UK scheme was also setup to appreciate those working in the music industry who have released works that have generated the wildest public excitement within the specified period with an amazing stage craft for world class entertainment.

Bawumia to deliver keynote address at Nottingham University ...
4 minutes ago