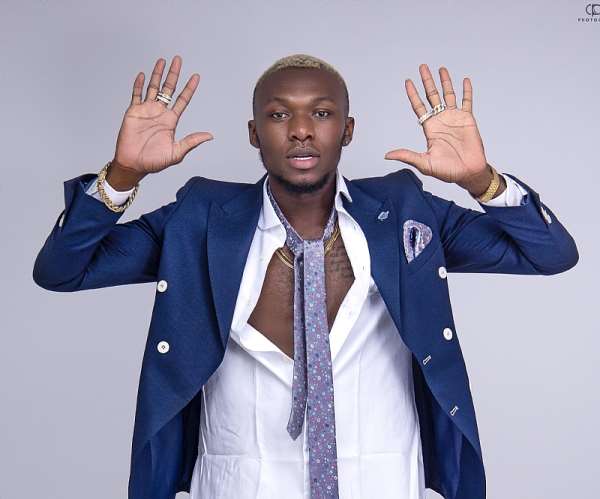 AKAATEBA CHRISTOPHER known in showbiz as Teflon Flexx, who hails from the Upper East Region of Ghana and a Builsa, has said people should clear the misconception of him being a Nigerian artiste.

The young artiste who recently cautioned Fancy Gadam to support young artiste in the North, in an interview on YFM on the ‘Weekend Rush’ show hosted by Brown Berry and MZ Orstin cleared that he is not Nigerian, he said “People have a huge misconception of me being a Nigerian artiste, Nigeria is a great country but i am a proud Ghanaian from Upper East, I speak Buli so am a Builsa boy.”

According to most of his fans, his accent and his music style represent that of a Nigerian than Ghanaian.

The song espouses how he is deeply in love with his woman and the extent of what he will do to protect the love.

He has recently dropped a new tune dubbed ESKEBELEBE’ which featured Dopenation and was produced by twist of Dopenation. He recently wilds the crowd at ‘Loud in Bokom’ concert which was hosted by Tinny and Shatta Wale

Teflon Flexx dominated the media space after putting up splendid performance at the ‘Total Shutdown’ concert at the Bukom Arena in Accra hosted by Maccasio.