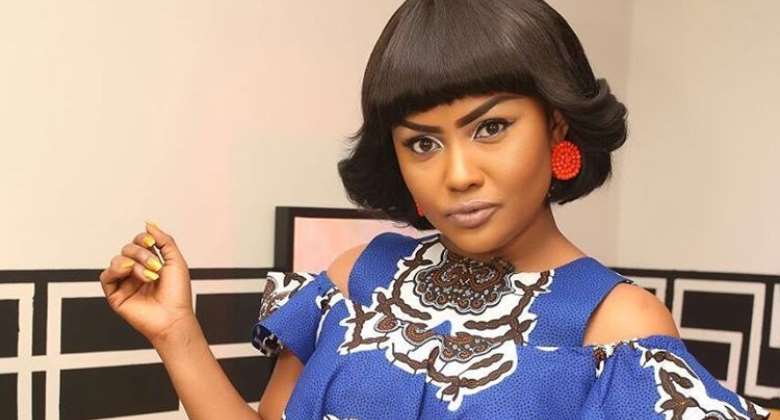 A group of actors from the Akan-speaking movie industry, popularly known as Kumawood presented a petition to Parliament on Wednesday on the construction of a Film Village in Kumasi.

The team, led by actress Nana Ama McBrown requested that a Film Village be built in Kumasi, which is regarded as the hub of Ghanaian movie industry.

During her presentation to the Majority Leader, Osei Kyei-Mensah-Bonsu, McBrown stated that the Kumawood movie industry contributes immensely to the socio-economic wellbeing of Ghanaians; a reason a film village in Kumasi is needed.

“We play a very critical role in the movie industry in Ghana. We have employed more Ghanaians as part of our business,” she said.

“For this reason, we are petitioning parliament to ensure that the Film Village is set up in the Ashanti Region.”

Osei Kyei-Mensah-Bonsu, after receiving the petition on behalf of parliament assured the petitioners that their concerns would be forwarded to the Speaker of Parliament.

In the meantime, the government of Ghana has announced plans to build a Film Village which will be located in the Eastern Region.

In the 2019 government budget, it is stated that: “The government has acquired 200 acres of land in the Eastern Region to build a Film Village.”

After the budget was read last year, some entertainment critics detested the decision to build the Film Village in the Eastern Region.

In April 2019, Veteran movie producer, Samuel Nyamekye of Miracle Films and other filmmakers threatened to hit the streets with a massive demonstration to if the government did not rescind its decision to change the location to the Ashanti Region.

Speaking on Peace FM's 'Entertainment Review', Samuel Nyamekye accompanied by actors Salinko and Big Akwes said they would “do whatever it takes including a demonstration to make sure their voices are heard”.

The construction of the film village is part of measures to make the film industry in Ghana more vibrant and to provide it with the necessary resources needed to make filmmaking more attractive and productive.