"The Fetish Priestess Thought Marking My Face Would Cure Me" 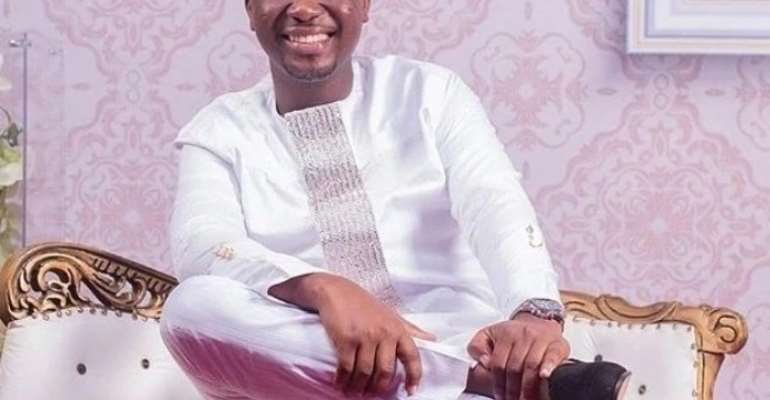 Celebrated Ghanaian Gospel Musician, Joe Mettle has disclosed that a Fetish Priestess whom his parents thought could heal him, marked his face hoping that will cure his sickness when he was a boy.

According to him, those marks on his face does not mean he is from a particular tribe in Ghana as many have been presuming.

Speaking on an Accra-based Radio station, the 'Bo No Nie' Gospel Hit-mark said "I have marks on my face not because of my tribe. It was because I was always sick as a child and, trying to find a solution, my parents took me to a fetish priestess who thought marking my face would cure me."

He added that God spared him though the difficult moments of his ailment and kept his mind intact.

"I am most grateful for my life. God spared me though the sickness and kept my mind intact. Just for being alive, I'm grateful." he said.

Joe Mettle further revealed that at a point in life, it was embarrassing as his parents always had to be pleading with the school he attended because of fees.

"I had finished JSS and I was moving on with my life trying to figure out what to do next. Because of the fees, I couldn't complete. I didn't go to any SHS. I studied and did remedials, wrote the exams and went to Pentecost University to study marketing." he recounted.

He added that there were moments he moved out of his mom's house, moving around with boys doing work in churches.

The Former Artiste of the Year disclosed that he was born into a family that didn't have much to be able to raise he and his siblings as normal families would have.

He said "There have been so many low points, I struggle to remember which has been the lowest. My journey has been from all the way at the bottom to where I am now."

Joe Mettle revealed that although his family had home, he didn't stress them out adding that his parents ensured they took care of his siblings despite it been a lot to deal with.

" We would soak the gari and eat it with the raw groundnut paste. When you feel like you're almost full, you'd just drink water and you'd be good to go. There was a time when what to eat was a problem. We had gari, but nothing to eat it with, so we used to add water to it and take some groundnut paste that a woman in the house was going to use to prepare soup."he recalled.

Gospel Singer Joe Mettle added that growing up, his mother sold waakye leaves in agbogbloshie, so he had no option than to join the trade to survive.

" My mother would cook the waakye and I would be the one to sell it by the roadside. And people actually preferred me being the one to sell the food. Once the waakye leaves went out of business, we started selling canes and brooms, etc. We also sold waakye, but that was much later." he said.

The celebrated Gospel Artiste recounted that although they were known to be in the business of selling waakye leaves, polythenes bags came into existence leaving the usual leaves to go out of the business.

"I had to survive. Once it had nothing to do with crime and it could feed me, I'd do it to survive. I joined a company and was selling phone cards - OneTouch, Spacefon and StarCall. That was what I did." he added.

He recalls that despite the hardship, he had no idea God was preparing him for somewhere better he was taking me.

"When I was younger, i wanted to be an architect. I went to school to study architecture. I started with draughtsmanship until God told me that he had a different plan for me." he stated.

He also added that he started a sound business because his previous employers disappointed him.

"I prayed and asked God for my own and I worked hard towards it. Today I have my own sound studio. Anytime someone looks down on me or talks bad at me, it gives me the strength to work harder. It was a really tough thing, but the faith that I had in God is what kept me going. After all, I had nothing else." he recalled.

He stressed "I have seen God do too much for me, for me to doubt him. I can't doubt him now because I've seen his glory in my life. It doesn't matter who you are or where you are in life, God can still make something of you. The higher God takes you, the bigger the struggle, but the bigger the testimony and the glory."

Joe Mettle reiterated that he can not attribute anything to any man rather he believes God sent men to help me and he gives the glory to Him. It is just God and He is amazing.

Anlo Traditional Area to organise another funeral for Rawlin...
55 minutes ago