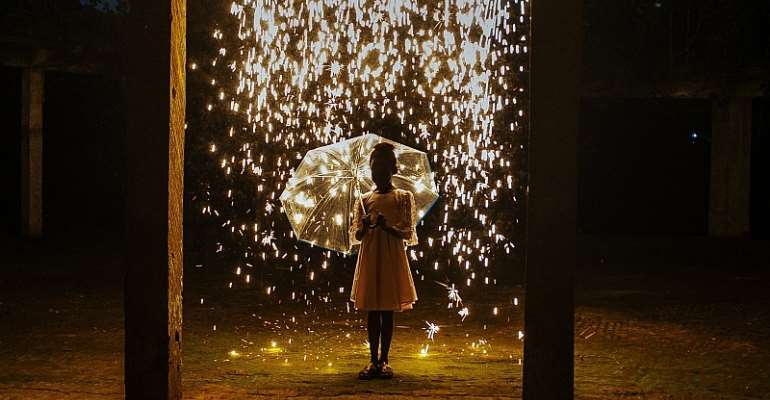 The burial of Kojo by Blitz Bazawule

The 16th Tarifa-Tangier African Film Festival (FCAT) pays tribute to Ghanaian cinema through a selection of four of the country’s key films. A first in Spain.

“Ghana in four acts” is the name chosen for this non-competitive film section. This strand celebrates Ghana’s contribution to cinema by screening four of its most significant and acclaimed films. The monographic section was curated by Keith Shiri, programmer at the London Film Festival and long-time collaborator of the FCAT.

The section begins with the veteran director Kwaw Ansah’s highly entertaining film Heritage Africa (1989). Winner of the Étalon de Yennenga at the Fespaco Panafrican film festival, the 110-minute tragedy follows the plight of Quincy Bosomfield in the dawn of Ghana’s independence from colonial rule. It is worth noting that Ansah is not just a filmmaker – he is considered a crusader for improved funding and distribution of African films within Africa.

Directed by Shirley Frimpong-Manso, A Sting in a Tale (2009) is a beautifully constructed thrilling tale of two young unemployed youths as they explore their world. Kuuku and Nii Aryee have applied for numerous jobs since graduating but haven’t received a single offer. Desperation plants the idea of getting rich quick in their minds. They use unconventional methods in their quest, producing some rather bizarre results. The film describes their journey to make it in a world where you need more than what you have to get what you want.

Keteke (2017), a multiple-award comedy by Peter Sedufia and Samuel “Blitz” Bazawule’s visually luscious The Burial of Kojo (2018) complete this selection. These are two of most recent Ghanaian films that are currently enthralling diverse audiences wherever they screen.

The 80-minutes fiction The Burial of Kojo, recounts the childhood of Esi and the tumultuous relationship between her father Kojo and her uncle Kwabena. Through a magical realist lens and a series of bizarre dreams, Esi remembers the tragic accident caused by Kojo which killed Kwabena’s bride on their wedding day. Seven years later, Kwabena is out for revenge, knocking Kojo unconscious and leaving him in a mine to die. When the police are unable to find Kojo, Esi’s bizarre dreams lead her to her father, but will she be too late?

In Keteke, the audience is taken to the 1980s Ghana. A couple, Boi and Atswei, living in Puna, are determined for their first baby to be born in their hometown of Akete. When the delivery date is imminent, they set off on their journey. Unfortunately, they miss the train, and the train service is the only means of transport from the suburbs to the town. In their haste to get there, their situation is worsened when they make the wrong decision and find themselves in the middle of nowhere. Premiered in 2017, Keteke has won awards at the Africa International Film Festival in Nigeria, the Luxor African Film Festival, the Festival du Cinéma Africain de Khouribga and at the latest edition of Fespaco, the Panafrican Film Festival.