Obour To Start Preaching The Gospel After Retirement 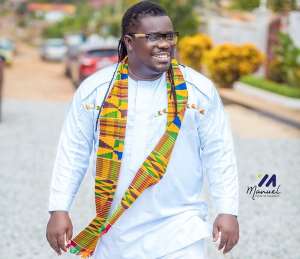 The President of Musicians Union of Ghana (MUSIGA) Bice Osei Kuffour, popularly known as Obour, has plans of preaching the word of God after retiring as MUSIGA President.

This, According to Obour, is one of the key passions he hopes to pursue after leaving office.

There are a few things that my passion drives me to,” he told George Quaye in an interview on Showbiz A-Z on Joy FM on Saturday on life after MUSIGA.

“I have a very strong passion for evangelism” but was quick to downplay suggestions that he could set up his own church.

Obour, who said he was recently ordained as an Evangelist, revealed that he will be busy preaching God’s word at certain places.

“There is the possibility of you seeing Obour preaching at certain places, certain churches; I wouldn’t mind a prisons ministry but not necessarily having a church. That is not really my thing but I have a strong passion to preach the gospel,” something he believes, according to the bible, is the mandate of mankind.

Obour’s second four-year term as MUSIGA president comes to an end in about two months.

In October 2015, Bice Osei Kuffour (Obour) was re-elected to lead MUSIGA for another four-year term.

Obour beat three other contenders, Gyedu Blay Ambolley and Appiah Dankwah (Appietus) at a MUSIGA congress in Koforidua in the Eastern Region.

The musicians’ body has set June 26 this year as the date for members to elect a new president.

Obour told George Quaye that he wants to take some time off after leaving office and apart from preaching the word of God, he is also passionate about teaching and he hopes to enroll himself to learn songwriting so he can teach.

He also hinted that he still has some love for politics. “I also have a lot of passion for politics” and believes that he can use politics to bring about change in society.

Obours reign as MUSIGA President will soon come to an end and there are a lot of industry players hoping to succeed him.