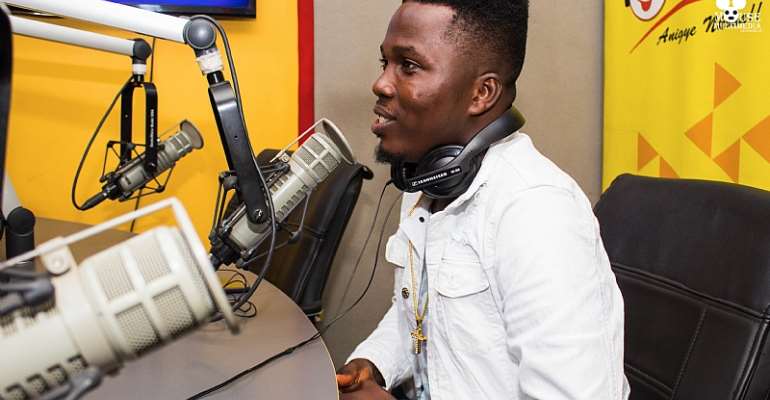 Speaking to ModernGhana Entertainment in an exclusive interview, Justice revealed that, he started off as a business man and wasn’t really into music until he met a prophet who told him that he was destined to do music.

“I am someone who likes money so I was doing all kinds of business to financially support myself. But oneday I met a man of God who told me that I had the gift of music, I didn’t pay attention to him till my business started failing and that was when I decided to go into music," he stated.

He added that when he started music he found it difficult combining it with his business and as a result he could not fully concentrate on either of them.

“I was constantly having divided attention with and I couldn’t concentrate on the business or the music. My business struggled a lot because of that and I couldn’t give my music career the full attention it needed as well, ” he noted.

When asked how he overcame this challenge, Justice said he figured out that one of his jobs was a career and the other was the means to make the career a successful one.

“Along the line, I realised that music was my career and my business was what I needed to push my music and with that in mind I found balance and currently I’m managing the two simultaneously, " he stressed.

Justice noted that he has other songs he is working on and at the right time he will release them to his fans.