I Left Lynx Entertainment Because I Was Sidelined--Eazzy 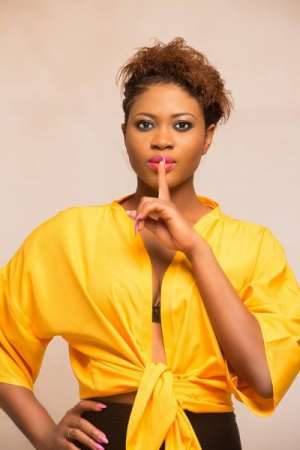 The exit of Hip-hop artiste, Eazzy from Lynx Entertainment, where she was known as the First Lady came as a surprise to many in the music industry.

After being silent on her exit from the record label for a long time, the songstress finally opened up when she appeared on Atuu, hosted by Abeiku Santana on UTV.

According to Eazzy, she left Lynx Entertainment because she was not being given the attention she felt she deserved.

“It looked like all the attention was being given to Asem and I felt sidelined so we came to an amicable agreement and parted ways,” she explained.

Eazzy, real name Mildred Ashong, told Abeiku she still has a very good relationship with her former manager Richie Mensah and the guys at Lynx. “There is no bad blood, we are all very cool,” she stated.

Although she releases songs, Eazzy is not very visible on the music scene like before and she disclosed that she was now into all kinds of businesses like oil.

“I have put music on hold but will certainly come back to it, at the moment I am doing all kinds of businesses and I am not doing badly at all,” she said.

One issue that came up for discussion was her stint at Big Brother Africa in 2012 and she represented Ghana with her then-boyfriend, Keita Ossei.

Recounting her experience in the Big Brother House, Eazzy insisted that though they kissed and caressed on countless occasions, she and Keita never had sex.

Abeiku Santana showed her a video on his phone to prove to her that she indeed had sex in the Big Brother House but Eazzy was emphatic that as a couple, they made out and did all sorts of things but never had sex.

She added that Big Brother opened doors for her and gave her career a boost because she got a distribution deal among others and her music got to the rest of Africa and the world.

Eazzy also stated that the Big Brother experience was an exciting one though, it was really crazy in the house dealing with different characters on a daily basis.

“I did not go in there to win because I knew I couldn’t last the entire three months, I enjoy my freedom and couldn’t stand being restricted for a long time. I never had my bath naked because I didn’t want my nudity out there, I always had a bikini on whenever I had my bath.”

Eazzy also disclosed that it was actually Jay Foley who introduced her to music while Richie Mensah was the one who launched her into the limelight.