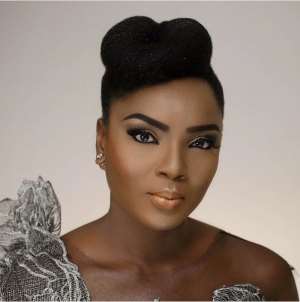 The beautiful actress posted a lovely picture of herself on her Instagram page.