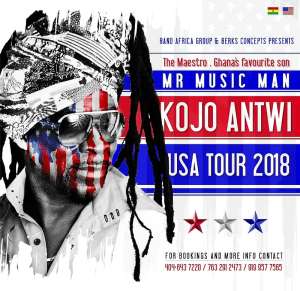 The Chicago concert will be the official comencement of this year’s 30th edition of the Ghana Fest program line up, organized by the Ghana Council in Chicago.

The train will head on to states including Minnesota, Maryland, and New York, a few to mention.

The organizers, Brand Africa Group and Berks Concepts are based in North Carolina and Atlanta respectively.

They hosted The Angelique Kidjo tour in the United States of America last year September 23 at the North Carolina Museum of Arts.