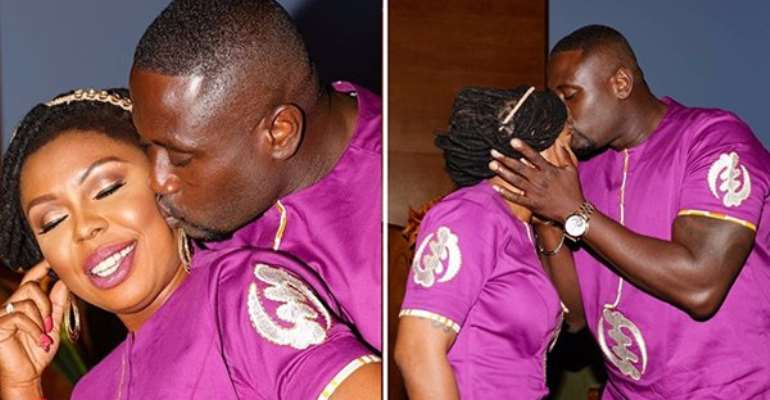 The Lawrence Abrokwa versus Afia Schwarzenegger case would be heard at an Accra Circuit Court on Monday, September 25, 2017.

The embattled husband of the outspoken comedienne and television broadcaster, failed to appear before the Accra Domestic Violence and Gender-based Court last week when the case was due to be heard.

He is expected to answer charges of assault, threat of harm and publication of obscene material.

An out-of-court settlement was touted earlier in various circles.

Mr Abrokwa, also an actor and comedian, was arrested on August 30, 2017 when an official complaint of an alleged assault was received from the actress, known in private life as Valentina Nana Agyeiwaa.

He was cautioned and discharged as investigations continued into the case. On the same day police had information of a video showing Afia’s nudity which had gone virile on social media. The police suspected that Abrokwa was the source of the leaked video.

Mr Lawrence Abrokwa purportedly met Afia and her lover in their matrimonial bed, and the distraught husband allegedly recorded the scene.