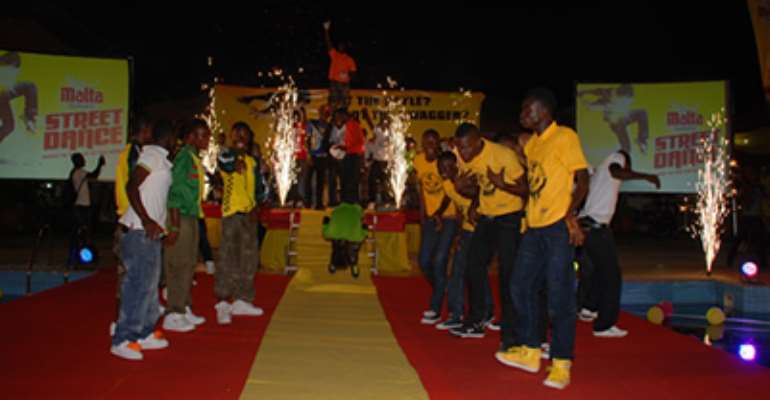 Some of the dancers showing their skills

This year promises to be bigger and even more exciting, according to organisers.

The next stage of the competition will see these eight crews make their way into a two-week boot camp in Nigeria, where they will work with international choreographers and take on a variety of challenges and tasks as they strut their stuff in the hope of impressing the 3 seasoned judges.

Whilst in the boot camp, their fate will be in the hands of the judges who will eliminate the competitors until just two crews are left standing. At this stage, the responsibility of choosing a national winner will be handed over to the Ghanaian public to decide through SMS votes, which team represents the nation at the big Malta Guinness Street Dance Pan African championship.

Ama Okyere delivering her address at the launch


Watch out as the events unfold in a total of 12 part series which highlights the disappointments and the drama of the competition, details of which will be published at a later stage.

Commenting on this year's competition, Ama Okyere, Marketing Director, GGBL said “We are proud to provide Ghanaians the platform to showcase their talent. The fever of Malta Guinness Street Dance is on; we had a fantastic competition last year and hosted a brilliant Pan African event, which has placed us in the position to possibly re-host this prestigious event once again.”